A surprising segment of the population is facing the reality of drug addiction.  Teens?  Stay-at-home moms?  Highly stressed professionals?  Nope, you’d be guessing wrong on all of those.  It’s the elderly, particularly older women.  If you didn’t expect that answer, read on to see why this is such a concerning development. 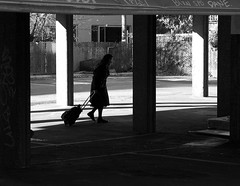 For most people, aging brings on an increase of physical difficulties and discomforts.  Aches, pains, perhaps illness – it’s not uncommon for elderly people to have a rather full pill tray for just one day.  So what’s one more pill or two?  Who’s going to even notice?

Many elderly women get put on various medications and then lose track.  If any of these are narcotic based pain killers, there’s a good chance they could become addicted.  If a woman has multiple problems and goes to a few different doctors, she could easily get too much medication or not follow up well enough to be sure she avoids a dangerous overdose or prolonged time of use.

Now certainly, I’m not saying that elderly women are stupid or doctors for elderly women are incompetent – not at all.  As I put myself in the shoes of either the woman or the doctor, I can see how some things could get missed or lost in translation.  The increase of physical issues for the elderly just makes it more complicated, and more complication increases the chances for problems.  Unfortunately, the problem could be a life-damaging addiction brewing right before everyone’s eyes.

Another unfortunate problem is that women often outlive their partners or spouses.  Just take a visit to a nursing home or retirement village and you will likely see more women than men.  The aging process can leave many elderly women lonely, sometimes feeling like they are discarded by their own family.

A woman may feel more comfortable talking to their doctor about physical pain rather than emotional pain. If they are prescribed pain killers for either legitimate physical issues or because of their loneliness, they may decide that they prefer the numb fuzzy feeling the medication provides.  It may be the one thing they can count on to soothe their aching heart.

Drug addiction symptoms can also go rather unnoticed because of the general physical deterioration associated with aging.  Would anyone notice much if an elderly woman slept a lot more, or ate less, or seemed incoherent?  Quite honestly, I know many of my aged female family members who have appeared that way because of dementia.  I cannot honestly say that I wouldn’t dismiss these symptoms as something normal.

Doctors and family members need to take careful observation and communication closely to prevent addiction in elderly women.  Drug treatment might be the last thing they would want to consider.  And certainly, an elderly woman going through drug treatment would have needs that differ somewhat from a younger woman.  When doctors and family members catch an addiction in an elderly woman, things can be turned around.  She can have an unexpected chance to have a better life, no matter how much life she has left in her.