A young woman had been an alcoholic for longer than she realized.  She had the deck stacked against her in so many ways, it’s not surprising she had this coming.  The following is a fictional story, but every woman with addiction can probably find themselves somewhere in it.  Where do you fit in? 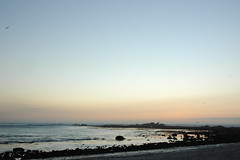 Finding Peace In The Storm Of Alcoholism

Family history of alcoholism – check.  As anyone with alcoholic parents knows, a family with alcoholism is no healthy family.  Children often become the parents and vice-versa.  The one steady parent resents the “free pass” the other parent seems to have for family responsibility, marital problems, and financial stability.

Too much responsibility for a young girl to take on – check.  This young woman grew up expecting chaos and mixed-up family roles.  As the oldest child in the family, she became the mom to her younger siblings.  No counting on her own mom for much.  She worked constantly and went out with friends because she just “had to get out of the house”.

Like her father, this young girl had untreated mental illness.  She had bipolar disorder, creating periods of severe ups and downs in her mood.  A few weeks at a time she might be going all the time, having racing thoughts, and trouble getting to sleep.  The next few weeks she could have trouble even getting out of bed, little hope in life, and hardly any motivation.

Inside, she was breaking apart.  She was disconnected from her parents in different ways.  Her alcoholic father never went to alcohol rehab or even AA to deal with his drinking.  Her mother was constantly gone.  She herself has come close to having an addiction herself as of late.

Her bipolar seemed to really have a mind of its own when she was in college.  She increasingly used alcohol as a way to calm herself when she was manic and soothe the pain when she was depressed.  As a young adult, she had a long-term relationship with a guy who mostly had her around for sexual encounters.  There was no respect here, but to her it was at least better than being alone.

One time, she was raped by this guy.  She was so embarassed and ashamed, in so much pain.  She got seriously drunk a few times, and once she was taken to the hospital by a friend because she passed out and had taken a large amount of over-the-counter sleeping pills.

The doctors told her she needed to go to alcohol treatment right away.  She had come close to dying because of the amount of alcohol and pills in her system.  She was ashamed to know she was turning out just like her parents with their drinking, but she did know that something had to change.  She couldn’t go on like this anymore.

After Alcohol Rehab A Life Coming Back Together

Slowly but surely, she started to turn her life around in alcohol rehab.  She was prescribed medication to help her with her bipolar disorder, which finally helped her feel more normal than she could remember in years.   Opening up about her addiction and the rape was hard for her.  But the staff and the other women at the alcohol rehab center were so understanding.

She finally felt a bit of peace in her heart and learned much more about how she had been drowning her horrible feelings in alcohol.  When her alcohol rehab stay ended, she knew she still had a long journey ahead.  But for the first time, she had a new vision for a better life.