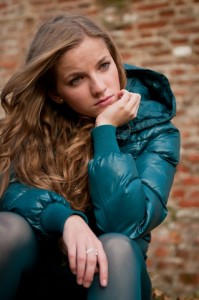 Salvia is one of many relatively new substances of abuse to hit the mainstream in the United States in the past decade. An herb that is commonly found in South America, there are more than 500 different types of salvia, according to the United States Drug Enforcement Administration (DEA), and together they are a part of a classification of plant known to induce hallucinations – or visions – in its users.

A number of states have banned salvia, and users who are caught with the drug will face arrest and other legal penalties. However, these are the least of the concerns for those who use the drug; acute and chronic users face a range of problems due to abuse of the plant and one of the most dangerous is salvia addiction.

If your loved one is abusing salvia or developing a dependence upon the substance, it’s important to address the issue immediately. Drug addiction of any kind is a medical disorder and one that requires intensive medical treatment. Contact us at The Orchid today and talk to our counselors about what you can expect from our woman-centered recovery program. Call now.

Most salvia users in the United States smoke the drug, packing the shredded plant into a bowl, bong, or pipe much like marijuana, though it was traditionally chewed or eaten. The effects of salvia, however, are closer to those of mescaline than those of marijuana. Highly hallucinogenic, salvia was historically used among certain Indian tribes for spiritual rituals, and it first became popular in the United States among teens who attempted to utilize the drug in order to experience visions.

The National Institute on Drug Abuse (NIDA) reports that salvia activates the kappa opioid receptors in the brain. Despite their name, these are not the same receptors that are activated by the use of heroin and prescription painkillers. When these receptors are triggered by salvia, the user will experience hallucinations or “psychotomimetic” episodes that the NIDA describes as “a transient experience that mimics psychosis.”

The hallucinogen is now a common drug of abuse in the United States. Many use salvia in a recreational setting and mix it with other drugs of abuse like alcohol and marijuana. The effects of salvia – alone or combined – have been reportedly linked to a wide range of negative consequences, including: 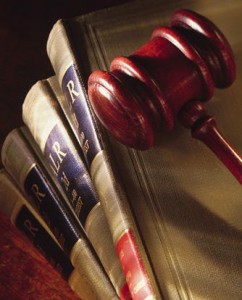 Like other drugs that are newer on the American black market, salvia is not yet regulated on a federal level but banned in many states due to its negative impact on users. This lack of regulation is confusing to some people. Many believe that that means that it is safe or, at the very least, harmless. Though there has not yet been enough time to conduct studies in order to demonstrate the long-term effects of chronic salvia abuse and salvia addiction, the anecdotal evidence is piling up that more than points to the ill acute effects of using the drug. Many users suffer from overdose, accident under the influence, and medical problems that can end in death. It is a dangerous drug, and if signs of addiction are noted in your loved one, it is recommended that you take action.

Users of salvia report that effects of the drug include:

These effects can cause a number of problems, including:

The drug has also been related to medical events in emergency room admissions, and addiction to salvia is increasingly reported among those who enroll in drug rehab.

How do you know if salvia abuse has reached the point of addiction and thus requires a medical and psychotherapeutic intervention? There are a number of signs that addictive use of salvia alone or in combination with other substances has become an issue for your loved one, including:

If you see these problems in your loved one’s experience, it’s time to be proactive and address the situation.

At The Orchid, we provide women with the medical and psychotherapeutic treatment they need to begin to process the trauma and underlying issues that may be driving their continued abuse of salvia and other substances. This foundational program will provide them with the skills they need to learn how to rebuild their life. A new job, another chance at positive relationships, a new perspective on the world – comprehensive, evidence-based treatment can change everything about your loved one’s life.

Call now and speak to our therapeutic team about the options available to your addicted family member. Learn how you can help her to begin the enrollment process today.