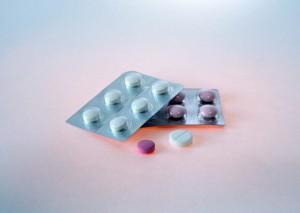 One of the biggest problems with over-the-counter drug abuse is accessibility. They are legal for all to purchase, and they are sold on the shelves at:

Only certain OTC medications are restricted in any way, and in most cases, patrons can grab as many boxes or bottles of their medication of choice as are available on the shelves. Depending upon the drug of choice, users may ingest an entire bottle of cough syrup – to two – or take an entire box of pills. Though the intended use is to treat symptoms related to cough, cold and flu, the active ingredient can often create hallucinogenic or stimulant effects in users who take large doses. In other cases, the intended use of the OTC medication may be to ease discomfort or promote overall health, but when taken in large doses, they can have the exact opposite effect.

If you are concerned about your loved one’s use of over-the-counter medications and would like to limit the long-term effects that can occur with chronic use, contact us at The Orchid to learn more about the treatment options and services we offer that can help your family member turn over a new leaf.

Different types of over-the-counter medications are commonly abused by those who are trying to get high, and different types create different long-term effects. The California Department of Alcohol and Drug Programs (CDADP) reports that the most commonly abused types of OTC medications include dextromethorphan (DXM), found in cough medication, and stimulant substances like ephedrine and pseudoephedrine, found in other cold medications. Each creates very different acute and long-term effects in users.

However, a wide range of over-the-counter medications are abused and taken in large doses, either in hopes of enhancing their intended purpose or to achieve another result. Some examples include laxatives, emetics, diuretics and more. Additionally, herbal supplements and remedies also have the capacity to be abused when taken in large amounts for the purposes of getting high. 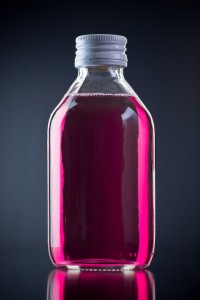 Dextromethorphan is an ingredient in a number of medications designed to treat issues like sinus pressure, headache, and congestion related to the cold or flu. However, most of the medications that people take that highlight DXM as a main ingredient also include other ingredients that can be dangerous when taken in large amounts. The acute effects of DXM include:

Some users also get physically ill and complain of stomach cramping, nausea, and vomiting while others report that they feel a tingling in their fingers and toes. In the worst cases, users can overdose, taking so much that death is the result. Additionally, high doses of DXM can cause the user to experience hallucinations. Not uncommon is the experience of being so high that accidents happen and inadvertently result in the death of the user or someone else.

A number of cold and flu medications include a stimulant drug like pseudoephedrine that provides the user with a boost to help them get through the work day while dealing with cold and flu symptoms that can cause drowsiness and fatigue. Some of these medications are used in the making of street drugs like crystal meth and regulated by the government. Most establishments put a card on the cold medications shelf that indicates the name of the drug and direct consumers to take the card to the pharmacy in order to get the medication. This precaution is taken in order to limit theft of the drug as well as to limit the number of boxes purchased at one time.

Overdose is always an issue when taking too much of a stimulant medication. It can cause a heart attack depending upon the amount taken, the underlying medical conditions of the patient, and the frequency of use.

When chronic use of stimulant over-the-counter medications becomes an issue, the long-term effects of the drug can include effects that continue long after the medication wears off, including:

The range of pills and supplements dedicated to aiding in weight loss are at risk for abuse as well, especially by young women with eating disorders. Even in small amounts, these drugs can be dangerous, and it is never recommended that they be taken for long periods of time. The National Center on Addiction and Substance Use at Columbia University reports that chronic use of the following weight loss aids sold over the counter can result in a slew of consequences:

Many young adults take laxatives with the intent of “purging” calories they have eaten before they are absorbed into the body. The fact is that this method does not work. Laxatives only serve to empty the waste created by food previously processed in the body. It does not affect food in the stomach. Long-term use of large amounts of laxatives can result in serious issues of the gastrointestinal system. Some patients are unable to move their bowels without them and must undergo surgery in order to fix the damage.

Diuretics are marketed as weight loss tools but only serve to help the patient lose excess water weight. Emetics are used to cause vomiting and used, like laxatives, by some with eating disorders to purge the body of unwanted calories after a binge eating session. Taking either of these medications for too long can result in dehydration, an issue that, according to BBC Health, can cause a number of long-term and deadly health issues, including:

How Over-the-Counter Medications Are Abused

The Partnership for a Drug-Free Americareports a wide range of methods and ways in which people abuse over-the-counter medications, including:

It’s not uncommon for those who abuse OTC medications to also abuse other illicit substances. For example, use of a combination of crystal meth or cocaine in addition to over-the-counter weight loss medications is common in those who are dually diagnosed with an eating disorder and a drug abuse problem. It’s also not uncommon for those who abuse OTC cough and flu medications recreationally to combine the substance with the use of marijuana and/or alcohol in a social setting. The combination of these drugs can increase the severity of the symptoms listed above, increase the chance of overdose or accident, and worsen the long-term effects of chronic drug abuse.

At The Orchid, we can discuss your loved one’s needs in treatment and help you to identify the best course of action for rehabilitation. Call the phone number listed above today to speak to a counselor about your family member and help them begin the healing process now.