Sleep is vital to health, and people who have trouble either falling asleep or staying asleep might willingly head to the doctor to ask for help. As life becomes more and more hectic, and people remain plugged into work and friends 24/7 via cell phones and computers, sleep seems harder and harder to come by.

According to an article in the Wall Street Journal, Americans spent $2 billion on prescription drugs to aid sleep in 2010, and many companies are working feverishly to develop new medications for insomnia. Meanwhile, older medications for the same disorder haven’t left the scene, and they may be the source of addiction-related concerns in some people. Doral, known by the generic name quazepam, is one of these medications, and for those who are addicted, therapy might be a vital part of the healing process.

The History of Doral 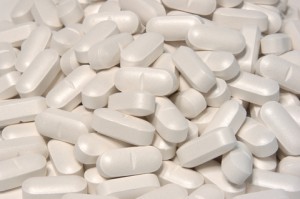 According to the U.S. National Library of Medicine, Doral was approved for use in the United States in 2007. At the time, the drug was considered a breakthrough for medical professionals who helped people with sleep disorders, as this drug was seen as one that could help people sleep through the night without experiencing some of the side effects common in people who took older medications like Halcion.

Doral is a benzodiazepine medication that latches to specific receptors in the brain, triggering a series of chemical reactions that can slow down the activity of a busy brain and allow people to feel calmer and more at ease. People who feel calm like this are more likely to stay asleep, instead of staring at the ceiling and revisiting the trauma of the day. In a study of the drug’s efficacy, published in 1990 in the journal Pharmacotherapy, researchers found that Doral was effective even with short-term use, as the people who took the drug and then stopped taking it didn’t experience the rebound of insomnia common for people who took other types of sleep medications.

Benzodiazepines like Doral can do more than quiet an active mind, however. These drugs can also cause a boost of chemicals that the brain interprets as pleasure, and people can begin to compulsively use this drug.

They may follow these steps on the path to addiction:

Since Doral is relatively easy to abuse, and people who do abuse the drug often need help in order to improve, therapists now don’t use this medication as a frontline treatment for insomnia. However, it’s still readily available on the Internet and through street dealers. It’s also remarkably inexpensive, with each pill costing between $3 and $5.75, according to Medscape. 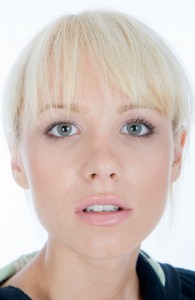 Anyone who uses Doral could develop a physical reliance on the drug. This isn’t the same as an addiction, so it’s an important concept to understand. In essence, Doral is such a powerful drug that knits itself into the cells of the brain that, in time, the brain is changed by the presence of the drug. Chemical processes don’t function as they used to, and things that once happened easily now take time and drugs to complete. A brain that’s been amended like this can’t function without Doral, and people who attempt to stop using the drug abruptly could face withdrawal symptoms. According to a study in the journal Clinical Pharmacology and Therapeutics, withdrawal side effects are often mild in people who abuse Doral at therapeutic doses. These people might even be able to sleep normally as they withdraw, which is something that many people detoxing from other benzodiazepines might ardently wish for. However, addicts might take very large doses of Doral, and they might have different responses as a result.

Whether people are addicted or just physically dependent, they shouldn’t attempt to stop using Doral on their own. Benzodiazepines have been linked to seizures in people who have tried to stop using them, and at times, those seizures have been fatal. It’s the setting for that withdrawal that might be different, depending on whether the person is addicted or just dependent.

A physical dependence on Doral might best be tackled with the help of a doctor. People can pull together a tapering dosage schedule of the drug, slowing taking smaller and smaller solutions of the pill until they’re not taking any at all. This step-down approach allows their bodies to adjust without entering into some sort of desperate state that leads to discomfort. People who are addicted to Doral, however, need more than just a tapering dosage. They have a compulsive use problem, and the help they need might go beyond the chemical.

People who have an addiction to Doral likely need help with:

In short, these people need the help of a structured treatment program for addiction. This is the kind of help we offer our clients at The Orchid. We work with women with addiction issues, and all of our counselors and support staff members are also women. We’ve tailored our approach based on research about the way women think, and the way women heal. It’s a unique program, and if you have a Doral addiction, we’d like to help you. Please call us to find out more.