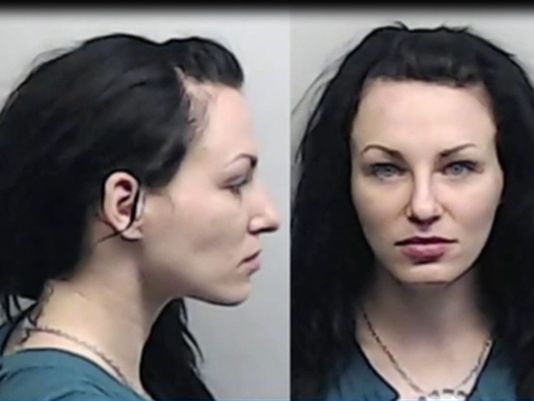 Before I have asked if people should be held accountable for the deaths of others that are caused by drug overdose. Specially should a dealer or even the person that puts the needle in your arm for you be charged with your murder if you are willingly using? Seems in California they think so, and it just cost one month a handful of years of her life.

Alix Tichelman, allegedly a high-end call girl from California was being charged with killing a Google executive with a fatal overdose of heroin, and this Tuesday a Santa Cruz County Superior Court judge sentenced the defendant to six years in prison after she plead guilty to involuntary manslaughter and administering drugs, bringing a sudden and unexpected conclusion to a case shrouded in controversy and scandal, which had been garnering national attention.

28 year old Tichelman injected Forrest Timothy Hayes with heroin while on board his yacht back in November 2013, then according to authorities when Hayes passed out on the yacht Tichelman left without seeking any help or emergency medical attention. Hayes had supposedly employed Tichelman several times before, and it was supposedly business as usual; they were doing drugs and having sex the night he died.

Tichelman’s Defense attorney Larry Biggam claims that Tichelman was relieved to have the court proceedings behind her, and she is expected to only spend 3 of the 6 years behind bars, while being credited the year already served in jail during the proceedings. In spite of the guilty plea, Biggam insists that this was a simple case of wrong place and wrong time for Tichelman, saying:

“It was an accidental overdose between two consenting adults,”

It took 8 months after Hayes death before the young woman was arrested. Surveillance footage from the Santa Cruz harbor showed Tichelman panicking and attempting to revive Hayes as he lost consciousness the night of the incident. Santa Cruz Deputy District Attorney Rafael Vazquez said,

“There was an obvious reaction that showed she didn’t intend to kill,”

But before you go feeling too bad for this young lady, Santa Cruz police said the video also showed Tichelman gather her belongings, casually step over Hayes’ body to finish a glass of wine, and then she actually lowered a blind before leaving the yacht. This was all the night before the body was discovered.

According to Vazquez these charges against Tichelman were filed despite objections of Hayes’ family, who feared a public trial would further traumatize a family shattered by exposure of the Google executive’s double life. Hayes was the father of five, and two of his children are in elementary school. The prosecutor sympathized, but stayed firm saying,

“They just wanted this to go away. But we had a duty to pursue the case.”

Tichelman’s initial charges led police in Milton, Georgia to look into another case that sounded similar. Back in 2013 Tichelman’s former boyfriend Dean Riopelle, age 53 and owner of a popular Atlanta music venue died of a an overdose that the autopsy determined to be from heroin, oxycodone and alcohol… not to mention accidental. Tichelman was never charged with this death.

So maybe this young lady is a black widow? That is purely speculation and conspiracy theory at this point. But the point is that this is another example of how people being involved in another persons overdose can turn out bad for them. This young woman walked away from a dying man when she could have called for help and he might still be alive, so this case is a little more cut and dry, but still the debate about if someone should be charged for someone else overdosing is one that stirs a lot of opinions. What I’m asking is… does this woman deserve 6 years in prison?

The pain of losing a loved one to addiction is undeniable, and the desire for justice to be served to their memory is very relatable. But with drug use we have to accept that we take our lives into our own hands every time we get high, and sometimes we don’t make it back. But if you are reading this, you have another opportunity to make a change. If you or someone you love is struggling with substance abuse or addiction, please call toll-free 1-800-777-9588