Why Some People Are Addicted to Running 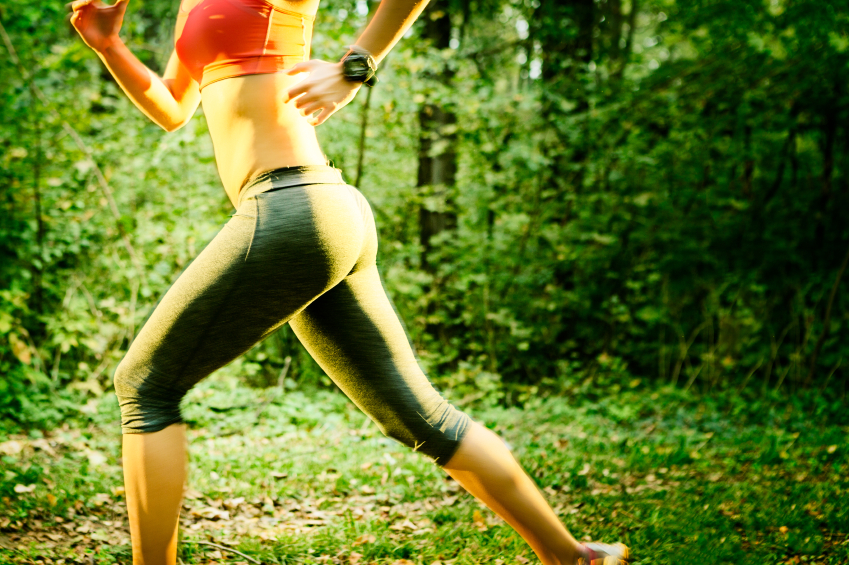 Running is immensely pleasurable for some people yet miserable to others. Finally, we can blame something other than pure laziness for not hitting the pavement.

Ever wonder why some people are addicted to running? Differences in leptin levels could be the blame. Those who enjoy running could be receiving primitive signals to seek out food.

A new study at the University of Montreal Hospital Research Center (CRCHUM), is examining the link between food and the desire to run. The study shows that the “runner’s high” phenomenon is caused by dopamine, an important neurotransmitter for motivation.

A study of mice running on treadmills highlighted the significant role of leptin. Leptin is the hormone responsible for making us feel full.  The findings suggested that falling leptin levels send a “hunger” signal to the pleasure circuits of the brain. These signals are responsible for the “high” felt after running.  The leptin hormone regulates the desire to eat and perform physical activity.

Lead scientist Professor Stephanie Fulton, from the University of Montreal in Canada further explained the results.

“Our study also suggests that people with lower fat-adjusted leptin levels, such as high-performance marathon runners, could potentially be more susceptible to the rewarding effects of running and thus possibly more inclined to exercise.”

According to the study, leptin, derived from fat cells, tells the brain when the body has enough fuel and energy.  Once we eat, our brain sends out the pleasure chemical dopamine to reward our eating behavior.

Because we tend to fuel up after a long run, the mind starts producing endorphins while we are running. It is wired to believe that the reason we are running is to seek out food. Our minds assume that we are running solely for food so it starts to send out those happy chemicals we enjoy so much.

Prof Fulton and his colleague’s studied engineered mice lacking the STAT3 protein, a protein that relays the leptin signal to dopamine-releasing neurons. The STAT3 synthesizes dopamine in the brain.  The normal mice with the protein ran 3.7 miles per day on the wheel while the STAT3 deficient mice kept going for 6.8 miles.

Furthermore, the study explains that people low in the “full” hormone leptin have an increased desire to run and perform better because their body is urgently seeking food. Eating disorder patients with anorexia are shown to have lowered leptin levels which could explain their hyperactivity levels.

The findings could have implications for treating anorexia since people with anorexia are both restless and hyperactive, and lacking in leptin. Perhaps learning how to increase leptin levels could make the recovery process easier.

“We speculate that the mechanism described in this work could potentially underlie the hyperactivity associated with anorexia,” said Prof Fulton.

If you are living a sedentary lifestyle, it could be why you have such distaste for running. Your body simply has no reason to crave it since it is not correlated to the desire to seek out food. Perhaps this will motivate you to start a new running routine? Okay, maybe not.

Nevertheless, it is interesting to see how our bodies adapt to our lifestyle both in a psychological and physiological way. The hormones are sending the brain a clear message: when food is scarce, it’s time to run.

If you are recovering from an addiction, running could be a healthy way of successfully overcoming the challenges of sobriety. If you or someone you love is struggling with substance abuse or addiction, please call toll-free 1-800-777-9588.