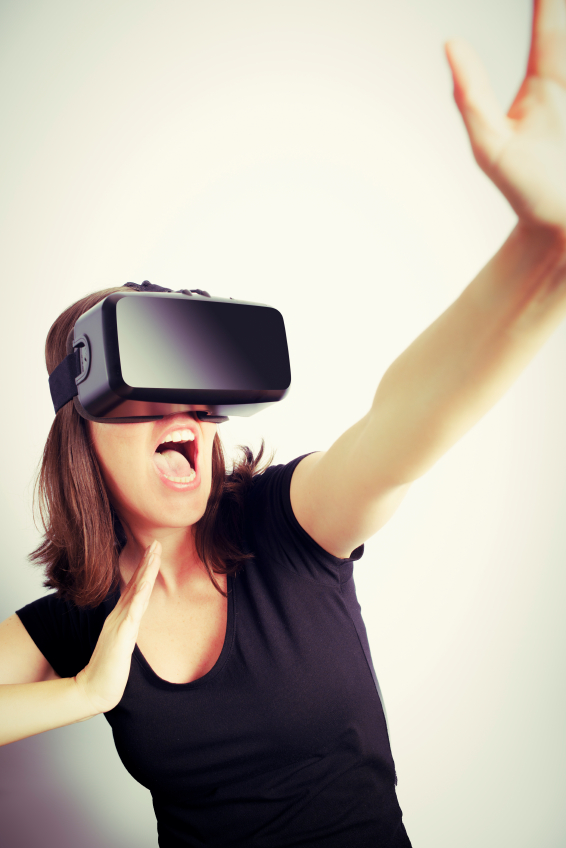 As someone who had an eating disorder in my teenage years, I was surprised to read this new study. Swapping bodies in the virtual world is now being considered as a legitimate treatment for aiding in the recovery of eating disorders.

Wait, what?! I don’t think even The Jetsons could have predicted this one…

According to the study, the goal is to see if using virtual reality technology can help a woman’s negative perception of her body shift to be more positive. In today’s body-imaged obsessed world, too many women are obsessed with the idea of perfection. Females as young as eight years old are already having body image issues. Scientists hope that this virtual treatment could help woman gain a more realistic perspective.

So how are scientists able to do this? Essentially, researchers asked 21 female subjects to estimate the width and circumference of their different body parts.  After giving their estimates, the women were subject to body-swapping illusions. Each participant wore a virtual reality headset that put them in a featureless room. When the women looked down, they saw a virtual body with a skinny belly. As they looked down, they touched the belly both in the real world and in the virtual one.

The study, published in Cyberpsychology, Behavior, and Social Networking, used this body-swapping illusion to help alter the women’s perception of their bodies. The results were surprising. After being shown their ideal body’s in a virtual reality setting, the women were actually able to accurately estimate their body size in real life.

“This research provides a valuable first step in understanding of body image distortion and disturbance in those with eating disorders and obesity,” said researcher Dr. Brenda K. Wiederhold. “Exploring the potential of this virtual reality approach in a clinical population will be an important next step.”

Why Does This Work?

If you’re like me, you are probably wondering why this treatment is effective. Well, scientists believe that people who suffer with eating disorders are unable to have an accurate depiction of their body’s on their own. By helping revise a subject’s allocentric memory of their body, the body, the body-swapping illusion steers women away from their disease of perception.

Allocentric memory is a type of spatial memory where a person is mentally manipulating objects from a stationary point of view. In the study, women were able to alter their views of their body after shifting it in a virtual reality setting.

To evaluate the true effectiveness of the study, researchers had women answer a detailed questionnaire about the process. They found that women had a different representation of their own body image after experiencing the virtual illusion. They concluded that this virtual reality body swapping could be effective for those who suffer with eating and weight disorders.

Overall, any form of treatment that is safe and helpful to eating disorder patients is a step in the right direction. Eating disorders have serious health implications. Don’t wait to get help for your condition. No one should have live hating their body image. If you or someone you love is struggling with substance abuse or addiction, please call toll-free 1-800-777-9588.