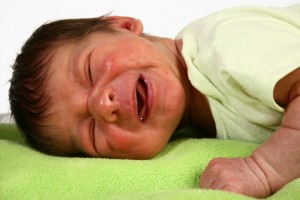 There are a number of risks associated with using any substance of abuse during pregnancy – for both Mom and baby – but a new study published in the Journal of Studies on Alcohol and Drugs reports some of the effects that mothers can expect to see in their toddlers should they continue to abuse methamphetamine during pregnancy. The biggest issue was a high stress response seen in toddlers, an effect that was worsened if the child lived in an unstable home environment.

Methamphetamine use stimulates the nervous system in the mother, and prenatal exposure to the drug can adversely affect the nervous system in the baby. The response to stress during childhood can be extreme or easily triggered due to this prenatal exposure, and if the child is consistently exposed to stressors, the result can mean an almost constant state of high stress, says HealthDay.

The study that identified this issue included more than 100 two year olds, all of whom were exposed to methamphetamine in the womb. The children’s cortisol response – or stress response – was measured when separated from their mothers for a short period of time. The children who lived in a high stress environment created by a mother’s continued substance abuse or mental health disorder like depression did not experience a normal increase in the levels of their stress hormone. Children who came from stable homes experienced normal increases in cortisol.

Namik Kirlic of the University of Tulsa in Oklahoma was the lead researcher on the case. In a news release, Kirlic said: “The lack of hormonal stress response that we observed in these children has serious implications, such as a greater risk for depression, anxiety and attention-deficit/hyperactivity disorder.”

It’s important to note that this study highlights the fact that mothers who abused drugs during pregnancy still have the opportunity to mitigate the harm done to their child when they get the treatment they need for addiction and co-occurring mental health disorders.

Barry Lester, Ph.D., is the director of the Brown Center for Children at Risk at Women & Infants Hospital of Rhode Island and The Warren Alpert Medical School of Brown University and one of the researchers on the study. He said: “It’s not the meth alone. It’s the combination of meth exposure and adversity after birth. We see other things coming into play—the mother’s psychological health, alcohol use, exposure to violence at home or in the community. The postnatal environment is hugely important.”

If a mother you know is in need of addiction treatment, contact us at Orchid Recovery Center today. We offer women a comprehensive drug and alcohol rehabilitation experience that can help them be more successful in every aspect of their lives – including parenting. Call now.