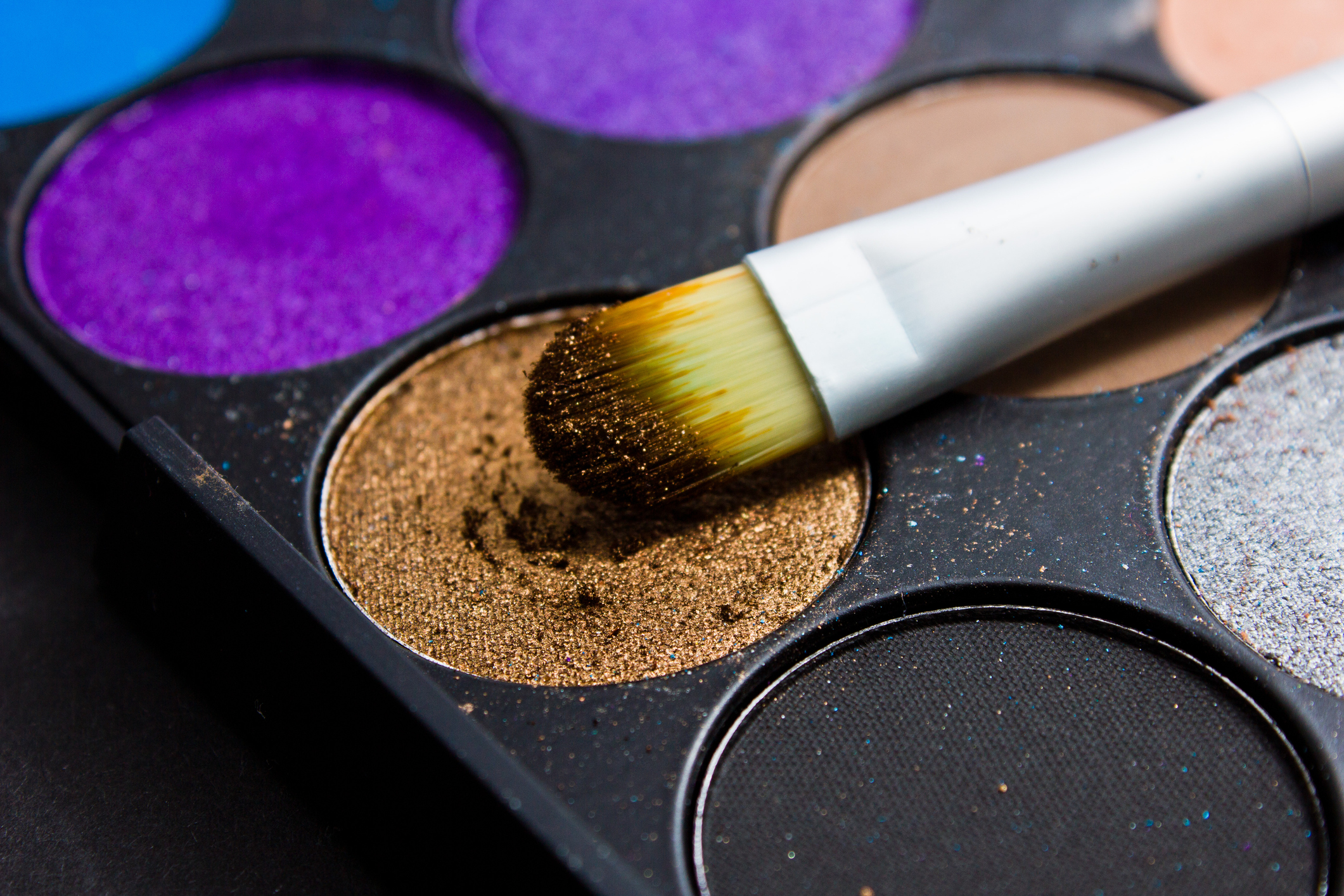 Recently, I’ve been really into makeup videos. YouTube is saturated with them. I find it relaxing, almost like watching Bob Ross back in the day. It’s funny, considering I rarely have time to do a full face of makeup, but at least when I do have time; I have some solid technique in my memory bank.

Therefore, when I read this article, it caught my attention. The popular makeup brand Urban Decay has come under intense scrutiny after releasing their latest eye shadow palette.

The problem, you ask?

Well, one of the glitter eye shadows in the palette is called “Druggie.”

First of all, if you are not familiar with eye shadows, let me explain.  Usually higher end makeup brands name their shadows. It makes it easier to identify and it is useful when doing makeup tutorials and reviews. Over the years, makeup brands have become more creative in naming the colors labeling them kooky names like “Punky” or “Diva.”

However, sometimes the fun names stop being funny. Urban Decay’s newest palette “Afterdark” launched late last year and many are furious about the names of the shadows. The shimmery blue shade is named “Paralyzed” while the deep purple toned shade is named “Druggie.”

The palette was introduced to retailer Sephora last December to rave reviews. Yet, online, many were offended by the use of the word “Druggie” Considering the opioid epidemic we are in right now, should names like “Druggie” be fair game in fashion?

One of the main criticisms reverted to the shocking and grim statistics about opioid addiction.

“By the time you have finished reading this article, it’s likely that somebody in the United States will have died of an opioid overdose,” wrote HuffPost editors Ryan Grim and Landess Kearns.

“According to the Centers for Disease Control and Prevention, more than 500 people, many of them young, are dying every week. Every 15 minutes, a new dead body is turning up in an emergency room, making orphans of children, breaking the hearts of parents and grandparents, the scourge of an entire generation.”

The outrage expanded to a petition on Change.com demanding a new name. So far, the petition has garnered over 1,000 signatures.

“The majority of your customers are young women and men, many of whom are looking to you to set an example of how to handle social situations, what terms to use, and what is right and wrong,” petition-writer Maurah Ruiz argued. “When you associate the word ‘Druggie’ with an eyeshadow palette that is intended (or at least marketed as) a ‘night out’ palette, you are glamorizing drug use. This is not okay.”

Urban Decay did not publicly respond to the backlash. Sephora, however, tweeted on Friday:

“We deeply apologize to anyone who was offended by the name of this shade,” the company wrote.

Sephora PR later stated that there were no plans to reorder the limited edition palettes.

This is not a first time a brand has come under scrutiny for promoting stigmas. In October, Nordstrom found itself in hot water after carrying Moschino’s drug-themed “Capsule” collection.

The offerings by the high end fashion line included oddities like a $950 purse in the shape of a pill bottle and a $995 mini dress covered in fashion-themed prescription labels. The collection drew an onslaught of criticism and eventually Nordstrom removed a majority of the items from its store.

The final question remains whether people are over reacting  to this topic. There are two sides to every story, and more and more things are being scrutinized than ever before. While the intentions are good, are we taking it too far? Should there be a ban on marketing stigmas?

The drug addiction epidemic is taking away lives every day. Therefore, it makes sense to want to do everything possible to reduce stigma. What do you think? If you or anyone you know is struggling with substance use disorder or mental illness, please call toll-free 1-800-777-9588.