UPS, FedEx are Under Investigation in Connection with Online Pharmacies 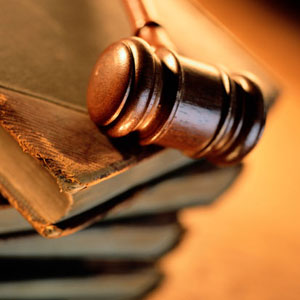 In an effort to crack down on the copious amounts of prescription pills that are diverted on the black market and the resulting skyrocketing rates of addiction and overdose, the Drug Enforcement Agency (DEA) is investigating absolutely everyone who could possibly be involved, no matter how remotely – even shipping companies like FedEx and UPS, according to the Orlando Sentinel.

Though the DEA isn’t talking about any aspect of the ongoing investigations, one the companies isn’t keeping quiet – but they aren’t necessarily complaining about it, either. They are making it clear that they take no active part in the issue either way. That is, they aren’t trying to stop drug trafficking and they aren’t trying to help it either. It’s simply not their job, according to the spokesman for FedEx, Patrick Fitzgerald.

Said Fitzgerald: “We are a transportation company — we are not law enforcement, we are not doctors and we are not pharmacists. We have no interest in violating the privacy of our customers by opening and inspecting their packages in an attempt to determine the legality of the contents. We stand ready and willing to support and assist law enforcement. We cannot, however, do their jobs for them.”

Fitzgerald went on to say that his company had attempted to cut the problem out at the root of the issue by asking the DEA for a list of pharmacies that were suspected of illegal activity so that they could stop doing business with them. The DEA did not provide such a list.

UPS did not formally respond to inquiries about the investigation but had stated in a corporate filing that they were cooperating fully.

Certainly, the packaging companies have some friends in government. One US Representative from Florida sent a letter to the DEA and the Attorney General asking that they understand “the difficulty and unfairness of requiring those carriers to assume responsibility for the legality and validity of the contents of the millions of sealed packages that they pick up and deliver every day.”

It is admirable that the DEA is going to such lengths to cut back on the problem of prescription drug abuse. When combined with other efforts, it may be a part of the preventative process. Other measures that are being suggested or implemented in different states include:

What do you think of the investigation into UPS and FedEx? A good move in the right direction or a waste of resources? Leave a comment below and share your thoughts.