TV Series to Be Based on Cocaine Cowboys Documentary 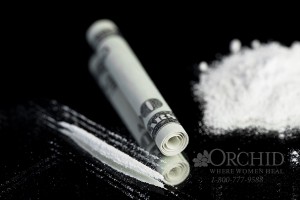 Michael Bay and Jerry Bruckheimer, action and drama gurus respectively, are teaming up to produce a TV series based on the critically-acclaimed documentary Cocaine Cowboys, according to Entertainment Weekly.

Sources are conflicting on just what the TV series will be called. Some refer to the project as Cocaine Cowboys, having the same name as the documentary upon which it is based. Other sources say the show is currently called the Untitled Cocaine Project.

TV Series to Be Based on Cocaine Cowboys Documentary

The series is based on Billy Corben’s 2006 documentary, which explores the drug war in Miami that spanned over two decades: the 1970s and 80s. As cocaine became a lucrative new asset, flooding the city with cash and gang violence, law enforcement faced a daily battle against organized crime.

The show is going to be “A serialized character drama that brings the audience into the captivating, wild and unpredictable world of the Florida drug trade in the 1970s.”

The series will air on TNT; however, EW reports that the project was originally intended for HBO. Considering the subject – cocaine and the lifestyle as well as crime involved in that lifestyle, the show will make for plenty of interesting and intriguing content.

The flashy underworld of criminals, drugs, and money is the perfect combination for both Bay and Bruckheimer, who are known for drama and excitement when it comes to their previous projects. The two have worked together in the past on such projects as the Bad Boys movies and The Rock and Armageddon. Bay is well-known for his series of in-your-face blockbusters, including the Transformers franchise while Bruckheimer has produced hits such as the Pirates of the Caribbean series.

Michelle Ashford, the creator of acclaimed drama Masters of Sex, is slated to write the pilot. She was originally brought onto the project back in 2011, when the project had ties to HBO, but it ended up on the cutting room floor. The plans for the show actually reach further back: Bay and Bruckheimer originally tried to get it off the ground in 2008, but with a different writer.

Currently, producers have each scored TV hits. Bay produces the nautical journey and crowd-pleaser Black Sails as well the two as The Last Ship; while Bruckheimer produces a menagerie of crime dramas including Cold Case, Without A Trace, and the various CSI series.

The TV series has some competition, though. It will run against a film that also focuses on the Miami drug wars, which is being produced by Mark Wahlberg, and who is also set to star. Wahlberg has been preparing the project for some time. He has stated back in 2012 that Jennifer Lopez has expressed interest in a role. Peter Berg is now slated to direct, with William Monahan, who won an Oscar for his script for The Departed, writing the screenplay. The film is adapted from the book American Desperado, which was written by crime boss Jon Roberts. Roberts also appears in the Cocaine Cowboys documentary.

Cocaine is a helluva drug. It might have started out as fun but, your cocaine use has gotten out of control. You find yourself obsessing about using it and craving it when it’s not around. You keep using even when you want to stop because you feel anxious and depressed without it. Well, the good news is that there are others like you; you are not alone. The other good news is that there is help available in the form of specially-designed treatment. Call toll-free 1-800-777-9588 to speak directly with an Addiction Specialist.