The ‘War On Drugs’: Hot Topic of Debate 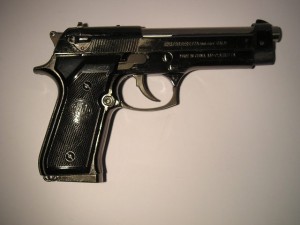 Many legislators and experts in the field of addiction have come forward in recent years to proclaim that the ‘war on drugs’ has failed and that it is time to usher in an era of new policies. Currently, other than alcohol and cigarettes, the United States government has opted for a prohibition stance on narcotics. Some people feel that since the imprisonment of nonviolent drug offenders is eating up much needed tax dollars and the use of drugs overall have not seen a huge decline that the time to legalize illicit substances has come. However, there is a middle ground between prohibition and legalization that never gets much media attention.

The Appeal of Legalization: A Hazy Picture

The draw of legalization of drugs is tempting because it implies that, in one stroke of the legislative pen, the problem of drug dealing and the gun violence related to it would be wiped out – and the extensive underground black market fueling other criminal activity would dry up as well. This, of course, assumes that some alternative production method would be designed outside of the current drug cartels for the manufacturing of marijuana, crack, heroin, and crystal meth. After all. only competition would stop them now that it’s legal. And who is to say that they wouldn’t just wield their guns against the other legal production lines that start encroaching on their profits?

Another issue is competition would drive down prices and since all these drugs would now be legal corporate operations the advertising world would enter the picture, just like for alcohol and cigarettes. The sole aim of marketing these products would be to expand the customer base and increase sales. Alcohol is the number one most abused drug currently. Is that because it’s everyone’s favorite or because it’s the most widely available, socially acceptable and marketed the most? Is this the best strategy for all hard-core, highly addictive street drugs?

Perhaps its because the idea of drug courts, treatment, and specialized programs are not as sexy and sensational to discuss as marijuana dispensaries, but these balanced approaches between all out prohibition and legalization are rarely discussed. Many pilot programs throughout the US have shown to reduce drug use rates dramatically as well as the number of people behind bars.

However, the funding and attention for these programs never seem to get noticed on a wide scale. One such program known as HOPE in Tarrant County Texas, reduced drug use by 80 percent and the amount of time in jail by 50 percent just simply by making the individuals on probation call in daily to find out if they had to get a random drug test that day. Funding such a program costs far less than jail time and the increased law enforcement and court costs associated with drug use gone unchecked in repeat offenders.

What’s your stance? Legalization, prohibition or some middle ground approach? Tell us your thoughts below.