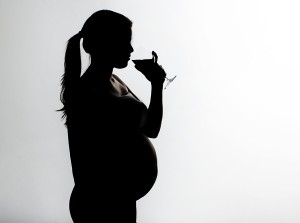 There was a time in recent history when everyone smoked and no one really knew about the consequences. This goes for doctors smoking in hospitals, people smoking on airplanes, and even pregnant women smoked and even drank alcohol – completely unaware of the impact these drugs could have on their unborn children.

Nowadays, though, we are well-aware of the effects of smoking, and even second-hand smoke, and drinking – especially when it comes to the unborn fetus.

A new study, however, finds that many pregnant teenagers don’t seem to be getting the message about just how damaging alcohol and other drugs are on their unborn babies – or at least, they’re not acting like they know this important information.

A study was conducted in which researchers examined the use of a wide range of illegal substances among pregnant and non-pregnant youth over the previous 30 days, 12 months, and each trimester for the pregnant teens.

Led by Assistant Professor Christopher Salas-Wright at the University of Texas-Austin’s School of Social Work, the team analyzed data from the National Survey on Drug Use and Health from 97,850 adolescent girls between the ages of 12 and 17. 810 of the participants were pregnant at the time. The team’s findings were then published in the current issue of Addictive Behaviors.

Almost 60% of the pregnant teens admitted to using at least one illicit substance in the last 12 months, whereas just 35% of the non-pregnant teens did so. And, although substance use decreased drastically from the first trimester to 34% in the second and third trimesters, some of the teenagers admitted that they continued to use throughout their entire pregnancy. At 16%, alcohol was the most commonly used substance, followed by marijuana at 14%.

“Mothers’ substance use during pregnancy can have important consequences for the health and development of newborn babies. Despite efforts to prevent substance use among pregnant teens, our findings suggest that we still have a lot of work to do,” wrote Salas-Wright.

The good news is that there is something that can be done to improve these numbers. In his findings, Salas-Wright also noted that pregnant teens who received consistent parental support and encouragement regarding going to school were 50% less likely to use dangerous substances.

The study’s participants who received these home visits were given 63 in-home education sessions known as Family Spirit. This occurred on a weekly basis through till the last trimester of pregnancy. The home visits then gradually tapered off until the child turned three. In these households, the participants were less likely to use drugs than those who were not in the Family Spirit program.

Furthermore, their children had higher rates of meeting emotional and behavioral milestones than those in the control group – that didn’t receive home visits; as well as having healthier eating and sleeping patterns.

If you are pregnant and using drugs, help is available for women in your situation. The Orchid Recovery Center is an all-women treatment center that focuses on the specific issues and needs of women, from family issues to legal issues to health issues. Recovery is possible and it’s not too late to get the support you need. Call toll-free 1-800-777-9588.