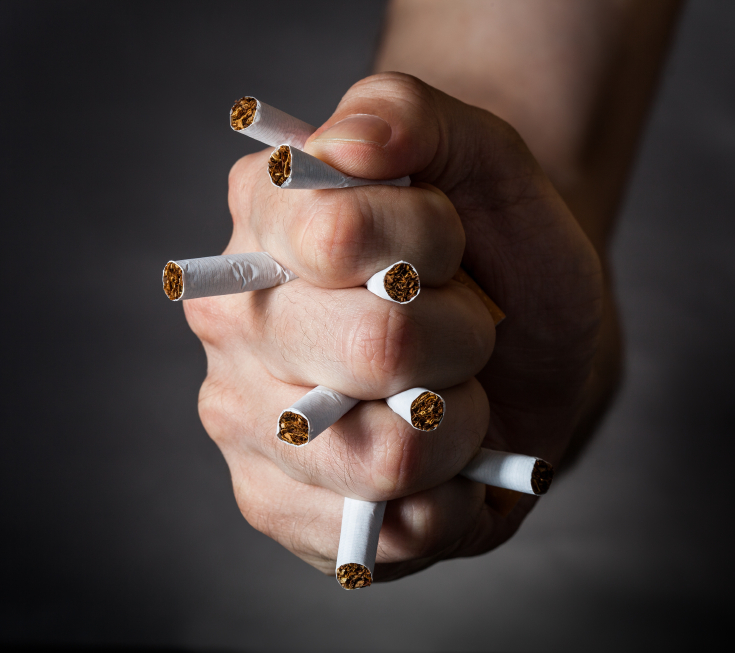 Smoking rates have hit an all-time record low according to a new report released by the Centers for Disease Control and Prevention (CDC).  Only 16.8% of adults are smoking in 2014. This is an almost 20% drop from 2005 and is the lowest rate on record. Even those who continue to smoke are smoking less. The average amount of cigarettes smoked each day went from 16.7 in 2005 to 13.8 in 2014. The biggest decrease was seen among young adults between the ages of 18-24.

So what caused this decrease? The CDC attributes the decline to the success of media campaigns, new anti-smoking laws, and wider access to quitting solutions like nicotine substitutes and online support groups. I recently wrote about how the biggest motivator to quit smoking is the cost. Now that cigarettes are more heavily taxed and cost more, people tend to be turned off smoking.

Although controversial, the popularity of e-cigarettes may have played a significant role in the decrease in tradition smoking. The nicotine vaporizers have been controversial because many claim they encourage smoking among youth and delay the process of quitting smoking altogether. Still, more and more people who were former smokers are making the swap to e-cigarettes.

Despite the results, quitting is seen to be more difficult to certain demographics, especially the poor. In 2014, the smoking rate remained at 29.1% for people on Medicaid and 27.9% for those without health insurance. The smoking rate for adults who earned below poverty was 26.3%.

Education also played a major role in the low rate. Those who only earned a general education development certificate (GED) smoked at a high rate of 43%. In comparison, adults with graduate degree rarely smoked at a low rate of 5%. Other groups more likely to smoke were:

With the information from the survey, we now know which communities are more vulnerable. Focusing on these more vulnerable communities will be the next step in continuing the war on smoking. Kenneth Warner, a professor at the University Of Michigan School Of Public Health, stated:

“Disparities are the single most important issue in smoking. “The people who are politically influential believe the smoking problem has been solved. It’s not in their neighborhoods. Their friends don’t smoke. Those who still smoke are the poor, the disenfranchised, and the mentally ill. That’s who we need to focus on.”

Each year, cigarettes kill nearly half a million Americans and cost the United States more than $300 billion a year, the report said. The CDC urges policymakers to implement other solutions that have been proven effective such as “higher tobacco taxes, strong smoke-free laws, well-funded tobacco prevention and cessation programs that include mass media campaigns, and comprehensive, barrier-free health insurance coverage for smoking cessation treatments.”

There are a wide variety of options available for those looking to quit smoking. Nicotine patches, gums or lozenges can help wean smokers off nicotine gradually but often don’t work to keep smokers abstinent in the long run. The prescription drug varenicline or Chantix works by blocking nicotine receptors in the brain. However, only 33% are smoke-free after 12 weeks.

A better solution is to combine the nicotine replacement products with Chantix to produce a better chance for success. A recent study back in May found that combining Chantix with the nicotine patch boosted the quit rate  to 49%. Smokers on the pills and patch were twice as likely to be abstinent after six month as those who took each option alone.

Overall, smoking is taken much more seriously than it was in the past. The habit that was normal and trendy decades ago is now frowned upon. Even CVS Pharmacy took the huge leap to completely ban their stores from selling cigarettes. Only time will tell what other measures will be taken.

Although nicotine is not a mind-altering drug like opiates, it still is a substance that can cause serious harm in the long run. If you or someone you love is struggling with substance abuse or addiction, please call toll-free 1-800-777-9588.