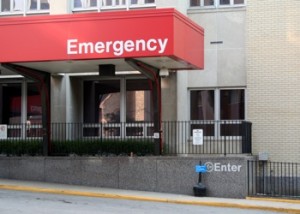 For years we have heard about crystal meth labs burning down in the midst of an explosion during the process of making the illicit narcotic. In most cases, the people responsible were able to escape before the flames did them any harm. However, that is not the case with the newest method of production of the drug known on the street as “shake and bake,” where highly unstable ingredients are mixed inside an everyday 2-liter plastic bottle.

This way of producing the drug is so discreet that when all goes well someone could be walking down the street or through the grocery store doing it and no one would be the wiser. On the other hand, it doesn’t take much for complete disaster where the individual producing the drug and anyone near them may be seared by flames. Only a small unpredictable error such as accidently putting a hole in the bottle or taking the cap off too soon can cause the mixture to explode into flames. Since most crystal meth “shake and bake” producers are holding the bottle when this occurs extensive burns from the waist to the face often occur.

In a recent survey of large hospitals in states with high rates of crystal meth use, it was found that up to 33 percent of patients in some burn units were harmed while trying to manufacture crystal meth. Physicians in Kalamazoo, Michigan report that the treatment for the average meth user suffering from burns costs approximately $130,000.

When many of the meth burn patients are uninsured this starts to add up quickly for many hospitals already in financial trouble. The Associated Press has reported that seven burn units have been shutdown in recent years across the country, in part due to the fact they could no longer afford to treat patients that were not insured, a good many of whom were related to meth use.

The Rise of the Mobile Mini Meth Lab

As of 2010, the Drug Enforcement Administration (DEA) said that over three-quarters of meth labs busted were using the “shake-and-bake” method. However, if this approach is so dangerous to the maker why do so many meth manufacturers choose it? The system first arose a few years back when numerous states started to reduce access to over-the-counter pseudoephedrine. The “shake-and-bake” method uses less of this vital ingredient and quickly became popular among manufacturers in the face of a supply shortage. In the process they discovered this method was also:

So now in place of large meth labs, there are many people making their own supply inexpensively and easily, but at great physical peril with potentially lethal consequences.

How does law enforcement track down manufacturers on such a small scale that are working so discreetly? Do you think its worth the time and money to find these mobile meth labs? Tell us your thoughts below.