Scientists Developing a Vaccine Against Addiction 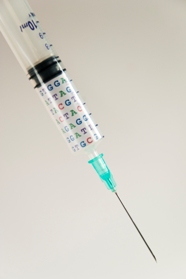 According to the National Institute on Drug Abuse (NIDA), drug dependency and addiction costs our society $484 billion each year. To put that number into perspective, that in nearly 3 times more than all cancers combined. And that is just the cost in pure dollars and cents. That figure does not take into account the mental and emotional toll drug and alcohol dependency takes on addicts and their loved ones. For these reasons, researchers over the past few decades have been working towards developing vaccines for a variety of drug addictions.

How Can You Vaccinate Against Addiction?

The body’s immune system must be fooled by scientific intervention in order for a drug addiction vaccine to work. Currently, the vaccine being developed to combat cocaine addiction at Baylor College of Medicine is pairing the drug with a deactivated pathogen, in this case cholera. Since the cholera is no longer active it can’t harm the body, but the body is stimulated enough to make antibodies to defend against it as well as the cocaine that is attached to it.

Drugs that cause addiction are able to stimulate the reward centers in the brain causing an intense desire for the drug. Although a vaccine would not completely protect the brain from the onslaught of the addictive substances, the immune system would destroy most of the drug before reaching the brain. The resulting high would be very weak. So much in fact, research is finding it does not cause people to seek out more of the substance, rather to gradually stop using over time.

The following drugs are currently undergoing development for vaccines and some are in the clinical trials period:

Experts in the field are confident these vaccines are going to be available on the open market in 10-20 years, with some estimates even sooner than that. If these immunizations are shown to be safe and effective, they are being targeted for a variety of possible uses in the future. The prospects include:

Varying opinions tend to arise around the topic of vaccinations. How do you feel about the vaccinations for drug addicts? What about as prevention against the possibility of future drug addiction in children? Feel free to state your thoughts and opinions on this topic below.