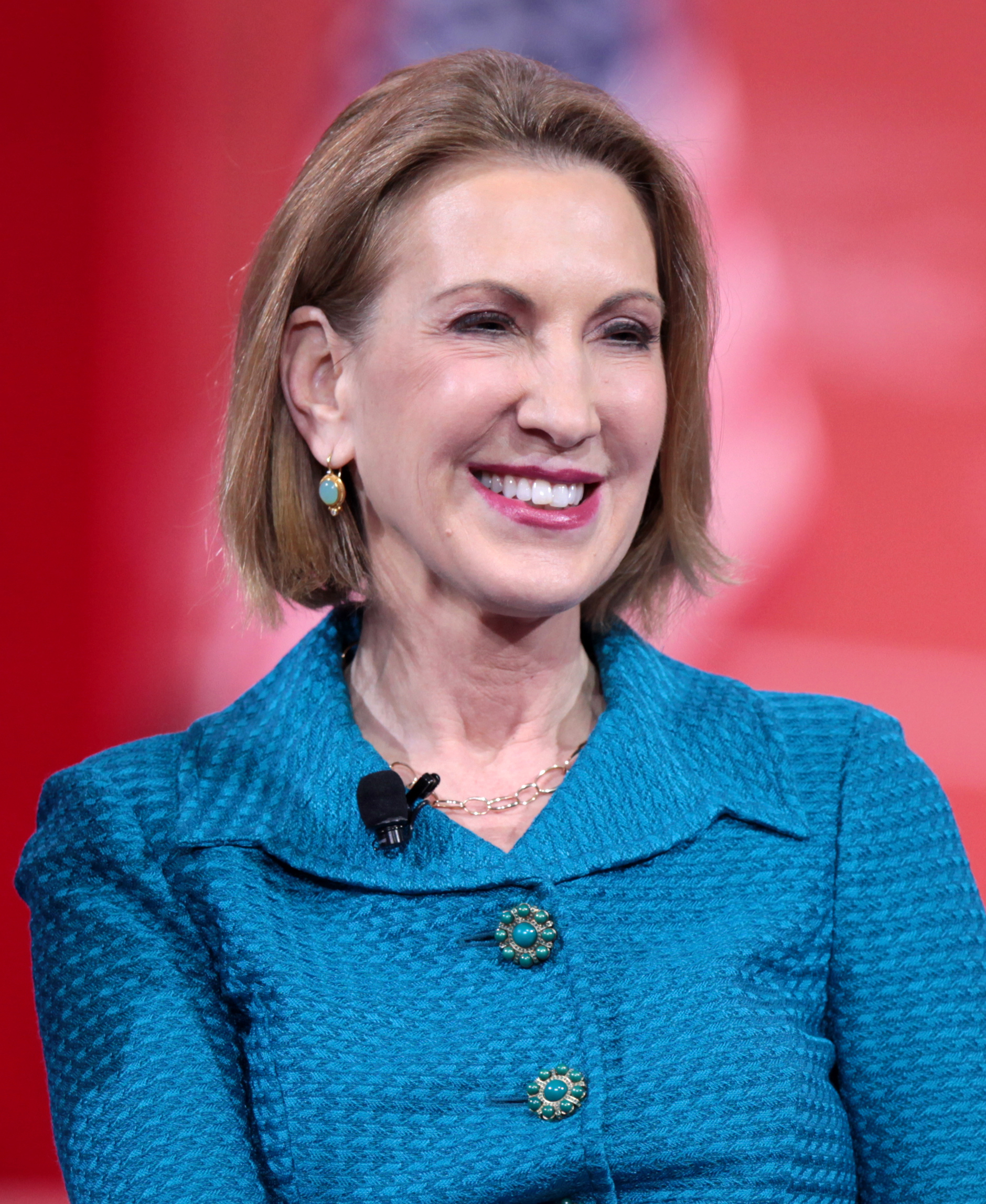 Generally, the term “republican” is synonymous with “conservative.” And, generally, someone who is a conservative believes in either continuing to do things the way they’ve always been done, or to return to a time when things were done a certain way – looking back with a sort of blind nostalgia. I say that because, as human beings, we often romanticize about by-gone eras and think back on the past as “when things were simple, easy…better.”

However, that is often not the case. In modern society, there needs to be room for improvement, change, growth, being proactive, and basically, just trying new things.

That’s why I have to say that I was pleasantly surprised to hear that the republican presidential hopeful, Carly Fiorina, has spoken out about the state of addiction and, specifically addiction treatment in the United States, calling for a change in the way we treat drug addicts.

On Monday, Fiorina made it a point to specifically address this issue while announcing her run for the upcoming presidential election.

“Drug addiction shouldn’t be criminalized,” Fiorina said during a conference call with reporters on Monday, soon after announcing her long-shot run for the White House. “We need to treat it appropriately.”

Fiorina cited “decriminalizing drug addiction and drug use” as an example of a successful reform but did not elaborate on what sort of decriminalization she would like to see nationally.

A Personal Story of Addiction and Heartbreak

This issue hits close to home for Fiorina, who lost a child to the disease of addiction. One of the two stepdaughters she helped raise from a young age, Lori Ann Fiorina, had struggled with alcohol addiction and drug abuse for years before dying as a result of these back in 2009 the age of 34.

“At that moment, we lost both the woman she was and the woman she could have been,” Fiorina wrote in the prologue of her latest book, “Rising to the Challenge: My Leadership Journey,” which goes on sale Tuesday. “All our hope for her and her life had died. … A heart truly can feel as though it is breaking apart into a thousand shattered pieces.”

Just like most parents of addicts, Fiorina saw her stepdaughter as being full of potential; she was smart, talented, hardworking, outgoing, kind and compassionate. But heavy drinking in college gave way to prescription drug abuse, while working in pharmaceutical sales. Lori also struggled with an eating disorder, bulimia, making her recovery that much more difficult. After three separate stays in rehab, Lori lost her battle with addiction.

“As anyone who has loved someone with an addiction knows, you can force someone into rehab, but you can’t make her well,” she wrote. “Only the addict can do that. Lori couldn’t — or wouldn’t — take that first step of admitting she was powerless over her addiction. And ultimately her body just gave out.”

How the Protests in Baltimore Factor In

On Monday, Fiorina not only spoke about drug addiction in the general sense; she also discussed the tense situation in Baltimore that led to protests after the death of Freddie Gray, a 25-year-old Baltimore man who died while in police custody.

“On the one hand, any situation in which police are engaged in violence, police must be held accountable,” Fiorina said. “I think we were all relieved to see the six policemen in Baltimore charged.”

She quickly added though, that “there’s no excuse for the violence that raged in Baltimore” because of the damage it caused to businesses and lives. Fiorina is a supporter of the use of body cameras by police and said that all police departments need to immediately begin using cameras to record police interactions with the public: “We need to know what’s going on at all times between policemen and those who are suspects, for everyone’s protection.”

Furthermore, Fiorina said that the nation needs to “very seriously look at the facts around criminal justice reform,” adding that drug-selling and use has become an industry in Baltimore’s inner-city neighborhoods, fueling its already existing problems.

Drug abuse and addiction are recognized medical conditions, described in the DSM 5 as a spectrum of substance use disorders. Often times, other psychiatric disorders, such as depression or eating disorders accompany drug use and addiction. The Orchid Recovery Center is a specially designed and equipped program focused on treating women and addressing the issues that women, specifically, face. Please call toll-free 1-800-777-9588.