Why Rehab is Harder for Women 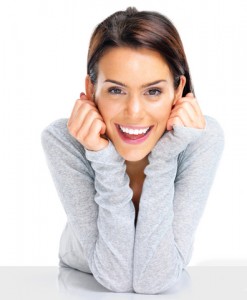 Being a woman in recovery myself, I know for me it took a couple of times of trying to get sober before I actually got sober, and that applies to pretty much all of my female friends, as well. So, because of this I want to address why rehab is harder for women.

Regardless of the fact that it’s been recognized for rather some time that there are differences when it comes to treating men and women for addiction. It has been proven that women from all-female recovery treatment groups relapse less often than women in diverse groups; rehabs have been sluggish to implement gender-specific rehab. Every treatment center I went to didn’t separate the men and women for therapy groups or the treatment process. There are a few rehabs that I’ve heard of that do separate the men and women such as: Hazelden (in Florida, Illinois, Minnesota, New York and Oregon), Caron (in Pennsylvania, Texas and Florida) and Solid Landings Behavioral Group (in Costa Mesa, California). In my opinion, there’s nothing that could make more of a difference in terms of assisting women to discover recovery.

It has been said by Dr. Jerry Brown, who is one of the country’s leading supporters for gender-separated treatment and the clinical director at Sure Haven (which is the female treatment center of Solid Landings) that the treating of women for addiction is usually about treating trauma. Now, that’s not to say that trauma is restricted to only women but the fact is that addicts tend to start using at a much earlier age now than they used to and the average age is about 13 or 14 years old and females are more likely to get themselves in situations where they’re mistreated or abused if they are impaired by alcohol and drugs.

For women, the reasons we get addicted aren’t the only difference, we also react to alcohol and drugs fundamentally different than men do. Dirk Hanson, who wrote about the necessity for gender-specific rehab programs for Scientific American, has said that women actually metabolize alcohol differently than men. We actually have less water and more fatty tissue in our bodies and the blood alcohol levels are higher for women than they are for men. We get drunk faster and have worse hangovers as a result of this.

We have also written in blogs before that it is harder for women to seek treatment than it is for men. I’ve noticed this on a weekly basis; when I go to do the morning detox groups with the clients there are far more men than women coming into treatment. For mothers it can be extremely hard, especially if the mother is the prime caretaker of their child. It is a serious issue for mothers to find childcare and some women have a fear of losing their children. As if these obstacles weren’t hard enough for women, we are also stigmatized within the disease of addiction. We are told that we need to be ‘classy’ and ‘perfect’ and having an alcohol or drug problem doesn’t exactly fit in with societies ideas of women.

Women end up enduring massive amounts of guilt and shame over their addiction and stay in their disease for much longer. In women-specific treatment centers, this is why they focus a lot on emotional sobriety and dealing with the trauma and feelings portion of your addiction and alcoholism. I have even seen studies that say that when treatment was originally started for addiction, the only studies and statistics they did were all based on men. Now that there are becoming more and more women’s-only treatment centers I think that it is helping give women a better chance in staying sober. There is just something so indescribably magical about a women’s treatment center. You feel a connection with these women like never before, especially at The Orchid Recovery Center. In my opinion, if women want the best chance at staying sober then going to a women’s treatment center is the most praiseworthy option. If you or a loved one is struggling with substance abuse or addiction, please call toll free 1-888-672-4435.