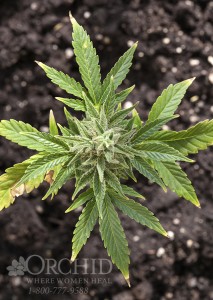 Marijuana might be legal for medical and recreational use in Colorado, but apparently some local businesses are being busted for trying to take advantage of that system. Just this past week the Drug Enforcement Agency (DEA) and local Denver police officials conducted a series of raids on numerous marijuana grow operations throughout the city.

People in Colorado are probably wondering what this will mean for the other businesses in the area who specialize in marijuana sales and production, while others just hope this doesn’t become a trend.

An anonymous source at the DEA reported on the incident that the grow operations that had been raided were committing violations of state marijuana law, so it was supposedly justified under what the states marijuana legislation allows. Sources from the local news reported that several items were seized from at least 6 grow operation locations throughout the Denver area, including:

While the Denver Police Department did not release any real details about the raids, James Gothe, the Denver DEA group supervisor, only referred it to as “a large and successful investigation.”

The U.S. Justice Department made a vow in the last year to make sure they justly and vigorously enforce federal laws against marijuana trading in Colorado and Washington, and in that statement laid out several key priorities for their strategy.

These priorities were not unreasonable, and have since seemed to prove important for the marijuana industry in Denver to exist and grow in a more constructive direction. The goals laid out by the U.S. Justice Department included:

The anonymous sources from the DEA that issued the comments in relation to these specific investigations claims the grow operations included in the raid were in violation of several of the key priorities of the Justice Department on this issue.

Marijuana being grown in Colorado has shown up in more than 40 other states. Postal interceptions of marijuana products from Colorado have also had a huge increase. Statistically, these drastic increases are very noticeable.

With all these concerns piling up against those primary priorities, transporting marijuana across state lines to places where marijuana is still illegal continues to be a major issue for law enforcement officials.

Drug trafficking of course has got to be a top priority for law enforcement in regards to how the legalization of marijuana is maintained in the states it has been approved. While these states have taken the action to decide how to regulate the marijuana industry, and government officials have fought to protect the rights of marijuana businesses in the states it has been legalized, some businesses stand to bite the hand that feeds.

On a much better note, the Justice Department also made a priority of preventing driving while under the influence of marijuana. As of recent reports that initiative appears to have been completed successfully. Traffic fatalities in the state are down from last year. Not just that, but these types of accidents are literally at near-historic lows post-marijuana legalization.

After opponents of legal marijuana suggested there was great danger of drugged drivers and warned of a “scourge” of stoned motorists if legal marijuana became available, some started looking into the data involved with Colorado drivers to discover drastic decreases in fatal accidents in the first 7 months.

While it is unclear if this number will stay this way, it gives some hope that some of the Justice Departments key concerns are being handled, much like the regulations on the growing operations.

While legalized marijuana continues to adapt and stir up debate, there is always the need to help those that have already begun to struggle on a personal level with drugs or alcohol. The help is available, if you or someone you love is struggling with substance abuse or addiction, please call toll-free 1-800-777-9588