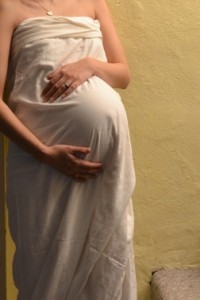 It isn’t any news that alcohol use and depression often time coexist. But for women who are pregnant some of this news may come as a surprise. Women who experience depression symptoms, binge drink or smoke at any point during their pregnancy are at risk for depression and alcohol use during their first postpartum year.

“The fact that these factors were not trimester specific is important, as it suggests that women’s mental health should be evaluated throughout their pregnancy and, for women identified as being at greater risk, into the postpartum period.”

As a new mom, your world has changed a lot.  You sleep less, pay less attention to yourself, take care of a little one who can’t tell you what’s wrong when they cry, your husband or partner might not be available like he used to be, and you stay home a lot more.  You have looked forward to being a mother, but somehow things feel like they are really getting out of control.  You feel a darkness overcoming you that you can’t easily explain.  Postpartum depression has moved in and clouded over your motherhood experience.

One factor that can seriously complicate post-partum depression is alcoholism. Perhaps the new mother had struggled with drugs or alcohol previously, or perhaps the stress and depression of new life changes prompted the substance use.

“Individuals with an alcohol-use disorder tend to drink more alcohol than intended, may unsuccessfully try to reduce the amount they consume, may change their involvement in social, work or other activities, and may continue to use alcohol despite awareness that it is harmful or causing problems in their lives. Individuals with coexisting conditions often are more difficult to treat and have a poorer prognosis.”

There has been little research on alcohol use or alcoholism and depression in pregnant and postpartum women. This is unfortunate, as alcoholism and depression during pregnancy can be a marker for women at risk for later difficulties with alcohol and depression, which can adversely affect both women and the development of their children. Children whose mothers have alcohol use disorders/alcoholism and/or depression tend to have more physical and psychological development deficits and have fewer resources directed towards their care. Identifying women at risk for these conditions can benefit both the mother and child.

Future research may also target treatment strategies that address both these issues, instead of treating them separately and in isolation from each other. They may be linked. That is, women may engage in binge drinking during pregnancy because they are depressed; and increased alcohol use may enhance levels of depression.