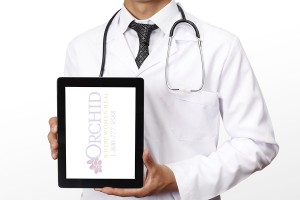 Anyone like me who have a tendency to act like a full-blown hypochondriac once they sense something is wrong with them, and immediately takes to Google or other online sources to research the symptoms for a cough and decide to diagnosis themselves with leprosy, the times they are a changing. Now people who choose to believe everything we read on the internet about our ailments as a death sentence instead of going to an actual doctor will have an alternative opportunity for medical advice offered through Google.

Recently there was an image uploaded to the site Reddit that depicts a Google search result for knee pain, and included in the content is the option for the user to video chat with an actual doctor about their symptoms! So far it seems that just about any type of ailment has its place in this new option.

So it appears that Google is now actively trying to eliminate the trend of the fake “diagnoses” that tends to be the result of someone who goes on the site searching for their physical symptoms and arriving at the wrong conclusions, or at least Google is taking some action to alleviate the problem.

The Google Company has now officially confirmed through several outlets that it’s a new feature Google is trying out. One spokesperson for the company was quoted as stating:

“When you’re searching for basic health information … our goal is provide you with the most helpful information available. We’re trying this new feature to see if it’s useful to people.”

Apparently as reported to other outlets, this new doctor video chat feature will be part of Google’s Helpouts platform. Helpouts is a Google platform that connects users with experts over live video, and per Helpout session the experts who take part in the program can charge a fee at a rate they set, while some others offer this service for free.

The Cost of Google Healthcare

During this initial trial run of the new program, Google says it will be covering the costs, but it’s possible the feature will cost in the future. So even though you are getting a little more assistance with an actual doctor, will people still continue to self-diagnose to save the money?

As with most features that are major innovations with sharing and obtaining information, Google will not be the only provider trying to offer this service. There are telemedicine companies like Spruce and Better, both of which charge for the majority of their services.

At this point it is unclear as to whether Googles new innovation will be aimed to build and transform from this service into something more likely to mirror Better and Spruce or not. One of the Google spokesperson mentioned that the company is looking at usage statistics during the trial, so it is likely that this informative internet think-tank will evaluate the most effective methods and make that kind of differentiation from there, and probably going beyond what either of those programs offer.

I guess the next relevant question for someone who has been using Google to get there medical advice before this is, how reliable will these sources of information be to stay connected with? Is it eventually going to cost as much as a co-pay for an actual doctor?

And then there is the question of what can and cannot be properly diagnosed over the phone and a computer. Can a Google doctor properly diagnose issues with mental health, and what about substance abuse and addiction? On one side, this could do a lot of good for people who refuse to go to a doctor’s office, but on the other are we just playing more in the age of digital dependence instead of real-time life interaction? One thing is certain, people will continue to use Google for everything, so I guess it makes sense just to make it easier.

Either way the fact that Google has taken note of the way their system is used by worried people everywhere to try and determine their health problems and that they are actually working to improve that system is great. Maybe with something like this in place more people who are searching info on drug addiction will be able to find out from a credited source the appropriate steps to take in order to safely and effectively combat that issue. If you or someone you love is struggling with substance abuse or addiction, please call toll-free 1-800-951-6135