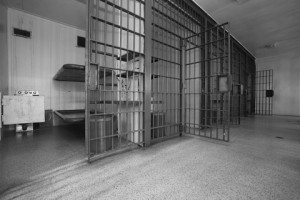 John “Popeye” Velásquez was once the right hand man for Pablo Escobar, one of the most notorious drug lords in South America. He’s been in prison for 20 years for crimes that include murdering more than 250 people as well as other crimes related to the industrialization and seizure of more than 80 percent of the world’s cocaine trade. In an interview for Der Spiegel, Velásquez voiced his opinion that the current United States-led “war on drugs” is unwinnable, saying: “People like me can’t be stopped. It’s a war. They lose men, and we lose men. They lose their scruples, and we never had any.”

The Black Market for Illicit Substances is Powerful

Why does he believe that there is no way to stop drug cartels? The money is too good. Every year, the drug trade produces more than:

That adds up to millions upon millions of dollars and especially those who are in countries where there are few ways to make that kind of cash legally – or anywhere near it – it can be too much temptation to bear.

Says Velásquez: “In the end, you’ll even blow up an aircraft because you believe the Colombian president is on board. I don’t know what you have to do. Maybe sell cocaine in pharmacies. I’ve been in prison for 20 years, but you will never win this war when there is so much money to be made. Never.”

Is Legalization the Answer?

Though Velásquez doesn’t believe it’s possible to stop the underground drug trade, he says that legalizing all substances may provide an answer. When drugs are easily accessible to all, there is no need for a black market. People can access whatever they need with the guarantee that they will not be ripped off, physically threatened by those who sell it, and that the production of their drug of choice has been monitored. It could eliminate a great deal of the violence that comes with drug trafficking, but create a slew of problems associated with rampant drug addiction and crimes that are committed by the increased number of addicts who grow desperate for the ability to finance their addiction.

What Do You Think?

Is legalization the only way to eradicate drug cartels and stop the rampant violence, terror, and bloodshed that comes with underground drug trafficking? Leave a comment below and share your thoughts.