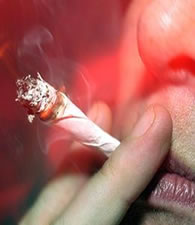 In 1980, a law was put on the books in New York that provided for the prescription and use of medical marijuana in the state. It was only allowed through a state-sponsored program and patients were hand picked for inclusion. It’s long fallen into disuse, and now Democrats are looking to overhaul the program and revive it, making New York the newest state to legalize marijuana for medical use.

Marijuana cigarettes were distributed by the NY Health Department to patients for just a few years in the early 1980s, utilizing weed taken from the state police evidence locker or from the federal government. More than 45 patients took part in the first year of the program, and 800 marijuana cigarettes were distributed. There was little interest in the program, however, and it soon fell into disuse. Most people forgot about it – until the Democrats reminded them.

Backers by the Marijuana Industry

It should come as no surprise that the burgeoning marijuana industry in Colorado where marijuana was legalized for recreational use in small amounts in November is on board with the development of a new medical marijuana program in New York. Companies there are working hard to help the new NY legislation pass.

In CO, they track each pot plant from its seed and allow private companies to grow it and sell it; it’s a system that NY may emulate, and the Democrats are hoping to get the Republicans on board with the utilization of a lobbying firm in NY that is known for its Republican ties.

Despite the rising number of studies that demonstrate the addictive nature of marijuana, the move to create new pro-legalized marijuana legislation is gearing up across the country. Despite the fact that the statistics show that the number one drug of choice cited by patients entering drug rehab is marijuana in the states that have legalized the drug for medical use, people say the drug is harmless. Despite the fact that lives are ruined by the drug and lives are lost due to accidents under the influence and that more and more children have access to the substance in states where it is legalized, a growing group is lobbying for its legalization for both medical and recreational purposes.

What are Your Thoughts?

Do you think marijuana should be legalized? Do you have experience with medical marijuana? Do you believe that increased access to the drug will lead to increased abuse or addiction? Leave us a comment below and tell us what you think.