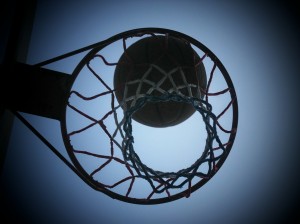 Dwyane Wade is an NBA basketball player, but he’s also the author of a book called “A Father First: How My Life Became Bigger Than Basketball” and a child of an addict. In his book, he divulges the details of life with an addicted mother and credits his sister with helping him avoid the pitfalls of drug abuse and drug deals in Chicago where he grew up.

In his book, Wade describes his mother’s addiction, saying: “My mom didn’t know I had seen her shoot up.” She also didn’t know the effect it had on him, how he felt “numb” as he grew older and saw her sink deeper into her addiction.

Now, his mother, Jolinda Wade, 57, has beaten her addiction issues. She currently lives a clean and sober lifestyle, a fact that makes Wade’s book a cautionary tale as well as a success story.

It was lucky that Dwyane Wade had a sister who was looking out for him – luckier still that he had a talent for basketball that got him out of a bad situation. Now a father himself, he has the opportunity to be a more positive parent to his child than he had in his mother while he was growing up. Having learned his lesson well during his experience with his mother, it’s an opportunity he takes very seriously.

Though she can’t make up for the harm done in the past, now that Jolinda Wade is clean and sober, she has the chance to be a positive influence in Dwyane’s life and in the life of her grandchild. Years of addiction can’t be undone by sobriety but it also can’t be mended with continued addiction. The lesson in Jolinda’s story is this: No matter how long you’ve spent in active addiction, it’s never too late to make changes and make your life – and everyone’s around you – better.

Is It Time for a Change?

If you’ve been living with an active dependence upon alcohol or drugs, there’s no time like the present to make a change and improve your life. If you have children, there’s no better incentive. If you’d like to have children one day or would like to mend the relationships you have with adult children, drug rehab can help you begin that process. Contact us today at The Orchid and learn more about our options in woman-centered drug and alcohol addiction treatment.