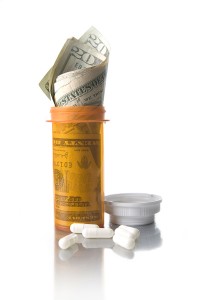 It is not that out of the ordinary that Big Pharma is sued by people who suffer from side effects caused by their drugs. These kinds of cases you hear about all the time. You probably see a commercial for a drug, then weeks later see a commercial for a lawyer on a crusade against it. Nothing exciting to see here, right?

Well this time it’s a little different. It is rare that the side effect that the pharmaceutical company is being sued for is actually addiction. This may be a strange moment in history, because this past week the drug giant Pfizer agreed to a settlement in an Australian class action case.

The case against Pfizer was filed as far back as 2008 by 160 people who were making the claim that a Pfizer drug caused them to develop gambling or sex compulsions that wreaked havoc on their lives.

The Drug in Question

Capergoline is prescribed to help calm the tremors caused by Parkinson’s Disease and Restless Leg Syndrome, neurological disorders caused in part by insufficient dopamine levels. It is referred to by its brand name Cabaser in Australia.

The way Capergoline works is by triggering dopamine receptors in the brain to increase transmission of the brain chemical to help combat the symptoms of Parkinson’s Disease and Restless Leg Syndrome. However, in some people, the drug works a little too well and actually produces a flood of dopamine.

This overflow of dopamine is comparable to how a substance like cocaine effects the brain. The rush this creates results in a loss of impulse control and in compulsive behaviors. While some compulsions may not seem to be a big deal to most, others are notorious for being more than a simple habit, including:

In a 2010 there was a study done by Mayo Clinic in which the data collected determined that 1 out of every 3 people on a high dose of Capergoline or other dopamine agonists experienced one of these disorders. Even more disturbing was that when these peopled ceased the drug, the disorder stopped.

While there is always the possibility of a bizarre side effect, none has ever been as strange as a sudden case of addiction. To get a more detailed look at how it was possible to come to this kind of controversial conclusion the Australian daily, the Age, did a personal profile on one of the 160 people who filed the suit.

Pat Galea is a 65 year old women who was able to give some testimony to the turmoil brought on by her experience with this medication. Galea reportedly lost about $700,000 on poker machines after taking Permax and Cabaser for about a decade. Pat Galea had been taking these medications to combat her restless legs syndrome, and ended up with a lot more restlessness in her life. She explained,

“I’d go any spare moment I was not working. If it was payday I’d put most of it through and then realize I’ve got bills and rent and petrol to pay. As soon as I had any money it was gone.”

The gambling addiction she found herself caught up in cost more than a mass amount of money, but also took a toll on her home life. Ultimately Galea separated from her husband, after which she says she gambled away half the proceeds from the sale of their house. She even resorted to selling her car to pay for her addiction.

Luckily for Pat Galea the evidence finally emerged about the drug Capergoline’s potential side effects. Galea then stopped taking them, and says her urge to gamble ceased. As of now she reportedly reunited with her husband and enjoys time with her three adult children and four grandchildren. When she was interviewed and asked whether the settlement came close to repaying what was lost, she laughed.

The Pfizer pharmaceutical empire was at least able to avoid the risk of further bad publicity and a possible guilty judgment by agreeing to a settlement outside of court, but that is only once the settlement is approved by a judge. Pfizer could have lost a lot more in the end, especially if they were found guilty on charges of fundamental failures to research the side effects of their drug,

The research necessary should have been included to provide adequate warnings on their drug label and to yank the drug from the market when alerted to the risks. Some organizations have already been putting in extra effort in regards seeing that pharmaceutical companies become more accountable for the research data they try to leave out to make money without full discloser.

If the judge approves the settlement, Pfizer will dole out a compensation payment likely to be in the high seven-digits. While that sounds like a big loss, in reality it is merely pocket lint in the eyes of Big Pharma. So while the number means there is some compensation for those who were affected by this drug, the companies themselves barely feel the sting of a slap on the wrist.

Should we be expecting more? After all the indication that a drug had that kind of power, and was allowed to reap havoc on the lives of people who sought relief should be enough to take action that leaves a lasting impression on the companies responsible. For anyone who as ever suffered from real addiction, they know that it is nothing you would wish on anyone.

While pharmaceutical companies should be held accountable for the contributions they make to devastating addictions, we as individuals have to take responsibility for our addictions and for those we hurt, including ourselves. The first step to do that is to admit you need help, and then get help. If you or someone you love is struggling with substance abuse or addiction, please call toll-free 1-800-777-9588