Medical Marijuana vs. The Workplace: Who Will Win?

The federal laws on marijuana are very clear: don’t have it, don’t grow it, don’t use it. It’s illegal, according to the Federal Controlled Substances Act. There are more than a few states, though, that beg to differ. Fourteen states, to be exact: Alaska, California, Colorado, Hawaii, Maine, Michigan, Montana, Nevada, New Jersey, New Mexico, Oregon, Rhode Island, Vermont and Washington. In these states, medical marijuana is legal, as long as you are a card carrying member  of the pot club (you need a doctor’s note to get one), and because of this, federal drug enforcement agencies and local pot clubs are often at odds. 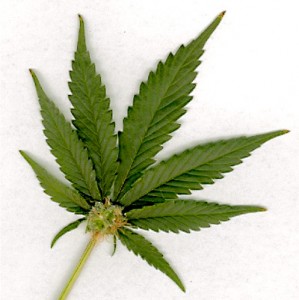 The issue of medical marijuana is not one that is being ignored. Last fall, the Department of Justice directed federal agents to only target those who use or distribute marijuana (for medical purposes or otherwise) only when the activity conflicted with both federal and state laws. Though this may cut down on pot club raids and unnecessary arrests of medical marijuana card carriers, a few other problems have been cropping up in the last six months.

Marijuana in the Workplace

If you are prescribed medication, there is no reason you can’t take it at work, right? For those prescribed marijuana, this now means that smoking out at work is legally allowable. Try telling that to your boss, though. It’s not an easy thing to translate the current marijuana laws into the workplace, and corporations especially are having a difficult time striking a balance between employee rights and a productive work environment. Most companies have a “zero tolerance” drug policy and those who take drugs, medically or not, are challenged to either take a “don’t ask, don’t tell” stance or smoke their meds on their breaks. The depth and breadth of lawsuits that can come of this scenario have corporate lawyers scrabbling.

Marijuana in the World

Take the workplace issues that arise with medical marijuana use and extrapolate them to the rest of the world. Is it now no longer a problem to have marijuana on or near school grounds if you have a medical marijuana card? What about drug tests for employment or maintained employment? Should you be able to smoke marijuana on long airplane rides? How much can you carry at a time? If you have different types for different purposes, can this be misconstrued as intent to sell if you are stopped?

The potential for abuse of the medical marijuana card and legal usage of the drug is pretty vast, as well, and no one seems to know how to control it or even who is in charge.

If you or someone you love is addicted to marijuana, contact us at Orchid to learn more about the disease as well as the treatment. Start your new life without drug addiction today.