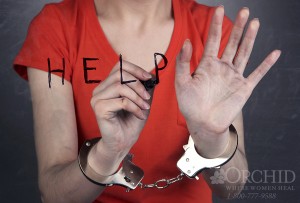 Being fortunate that I have never been a victim of domestic violence, I can’t say I ever really understood why battered women don’t just leave their abuser. And in the case of children being abused, too, I especially wanted to vilify the mothers who failed to protect the most innocent.

But, it’s not a matter of “just leaving the abuse.” It’s much more complicated than that.

First of all, ‘Battered Wife Syndrome” is now a documented condition, in which victims of domestic violence “often suffer ongoing trauma, meaning that the brain does not have time to recover the way it does from a one-off traumatic event,” said Amy Bonomi, chair of the Human Development and Family Studies Department at Michigan State University.

And, even though Battered Wife Syndrome has been around since the 1970s, legally speaking, it is still severely misunderstood, especially when it comes to cases that involve child victims. In the eyes of many prosecutors, if a battered women ‘fails’ to protect her child from the abuser, she is also considered to be criminally responsible.

In fact, prosecutors tend to use the violence a mother endures at the hands of her abusive partner as evidence against her. The argument: because she was being battered, she should have left the relationship, in order to make both herself and her child safe. Some prosecutors point out that the mother’s failed attempts to leave her abusive partner are proof that the she wasn’t completely committed to leaving and that she surely could have done more to protect her child. Others will cite their attempts to contact police or social service workers prior to the child’s injury or death as missed opportunities to disclose pertinent information about the exact danger of the situation. In fact, many will present the man’s violence as a testament to the mother’s poor decision-making.

However, domestic violence researchers and advocates view these same circumstances of abuse as evidence of just how victimized the women have become. They say the women’s decisions follow the logic of fear: Battered mothers are focused on managing their partners’ rage to avoid a more severe attack on both themselves and on their children.

So, just how the law re-victimizes domestic violence victims?

There are at least 29 states that have laws explicitly criminalizing parents’ (read: mothers) failure to protect their children from abuse. In Texas, for example, the crime is known as injury to a child “by omission.” Other states use language like, “permitting child abuse” or “enabling child abuse.” However, in addition, in at least 19 states, prosecutors can use other, more general laws of criminal negligence pertaining to the care of a child, or else placing a child in a dangerous situation.

These laws serve to hold parents responsible for what they did not do. To put this into perspective, consider this: in general, someone can’t be prosecuted for failing to stop a murder; in order to be found criminally responsible in some way, they had to have actually helped carry it out.

But child abuse is an exception to this, and the reason behind these laws is simple: Parents and caregivers bear a solemn duty to protect their children.

Both woman and child suffer beatings yet, in all but a handful of states, laws allow for one of the victims — the battered mother — to be treated as a perpetrator, guilty not of committing abuse herself but of failing to protect her children from the violence of her partner.

In one case, the mother got a longer sentence than the man who raped her son. In yet another, where a father fractured an infant girl’s toe, femur, and seven ribs, he was sentenced to only two years but the mother – for failing to intervene – received 30 years.

Domestic violence advocates point out that these cases are an indication of a deeply-ingrained misunderstanding of what it means for a woman to be trapped in an abusive relationship. Many of these battered women are fearful of contacting authorities, because to do so would provoke their partners to extreme violence. And once you consider that, often times, authorities fail to protect battered women and their children, therefore, leaving them at risk of further violence and retribution. Advocates say that, by imprisoning these women, it only serves to deprive any surviving children of their mother.

What about men who fail to protect their children at the hands of a female abuser?

Even though the laws against failing to prevent child abuse are written to cover both fathers and mothers, interviews and BuzzFeed News’ analysis of cases reveal that fathers rarely face prosecution for failing to intervene when their female partners are causing harm to their children (Women make up 34% of perpetrators). Overwhelmingly, women bear the weight of laws such as these.

“Mothers are held to a very different standard,” said Kris McDaniel-Miccio, a law professor at the University of Denver whose expertise is domestic violence. She added that these laws are applied unequally when it comes to gender and this is a reflection of deeply ingrained social norms: that women are naturally the caregivers and protectors of children and should sacrifice themselves – at any cost – for their children.

If you or someone you love is struggling with trauma, abuse, and substance abuse or addiction, please call toll-free 1-800-777-9588. The Orchid Recovery Center is a safe place that exclusively treats women for addiction and any underlying, unresolved trauma. You are not alone. Help is available.