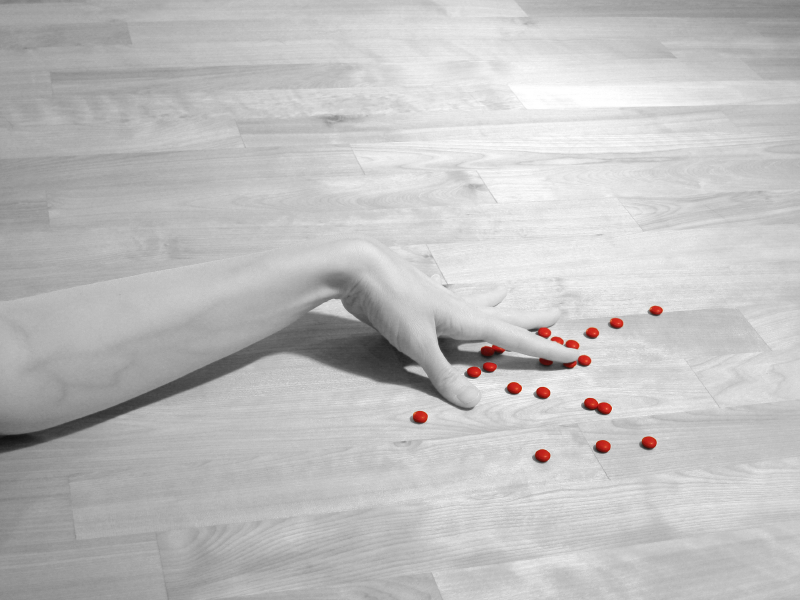 The internet and the news has been shook up and bogged down with the tragic story of Catherine White, Jim Carrey’s former girlfriend, who committed suicide. First we were hit with the shocking headline when the body of the 30 year old make-up artists from Ireland was discovered in her Los Angeles home, and then we started hearing about the turmoil of Catherine and Jim’s off-again-on-again relationship.

Then reports started funneling in about her involvement in the Church of Scientology and their controversial “Survival Rundown” (SRD) course in the months leading to her untimely death. Some speculate the contribution this course made to her mental state could have been devastating, since reports from sources inside the church have labeled some of the effects psychologically damaging.

Now her suicide has gotten the attention of law enforcement as the prescription drugs White used to kill herself all allegedly belonged to Jim Carrey, and were actually prescribed to him in one of his known aliases, which has people wondering how she got her hands on them, and draws attention to the whole issue of prescription drug abuse and overdose in a new light.

Celebrity publication TMZ broke the story that law enforcement is now investigating how drugs belonging to Jim Carrey got into the hands of his former girlfriend, and which of these drugs actually caused her death.

According to reporters White was in procession of 3 prescription drugs belonging to Jim Carrey, including:

The pill bottles were discovered next to the bed where White’s body was found. All 3 of these medications were allegedly prescribed by the same doctor. The drugs were put under an alias’ name for privacy reasons, as many celebrities do with medications, but law enforcement has confirmed they belonged to the renowned actor and comedian.

One source had made a statement about White stealing the prescription drugs from Carrey’s home, but these claims have thus far gone unconfirmed.

Headlines have printed that Catherine White had been seeing Carrey, who is 53, on and off. According to some reports, 5 of White’s friends said White had become devastated after an unexpected break-up between the two on September 24th, and 5 days later she took her own life, leaving a suicide note addressed to Carrey.

According to news sources Jim Carrey himself is doing everything in his power to help law enforcement and White’s family. While people can inquire as to what part of their relationship troubles could have pushed White over the edge, at the end of the day no one could rightfully blame such a tragic and devastating result on their relationship.

Surely this terrible loss has impacted everyone who loved this beautiful young woman.

The Methods of Scientology

Officials at the Church of Scientology are also being questioned about events that proceeded White’s suicide, and many people are wondering if the extreme “purification” methods of the church made a more intense impression on the young woman’s mental health before her death.

White’s family supposedly has a history of depression, and recently White posted photos of herself receiving an intravenous drip of several supplements the Church of Scientology believes will help protect you from depression, including:

Expert Tony Ortega has stated that Scientology did not cause White’s suicide, but does insist that it was the worst place for someone suffering a mental health crisis. In a statement Ortega talked about how even though Scientology was not to blame, it definitely could have hindered her from making any positive progress.

“However, if you are depressed, Scientology is just about the worst place to be because they constantly drill it into people that psychiatry is not real and therapists are fakes. Scientology is well-known for its insistence that psychiatry and antidepressants should be avoided at all costs, teaching that the brain is only a shell that holds alien spirits which can be released only by religion.”

White’s body was released to her family so they could take her back to Cappawhite, a small village in County Tipperary in Ireland for the funeral.

High-profile celebrities and anything involving drugs and scandal is going to always stir up a lot of finger-pointing and speculation. At this point, there are several theories but also some very real facts; mental health disorders like depression are more common and more serious than most people seem to understand, and with prescription drug abuse comes overdose and tragedy. While the details of this sorrowful story are sure to unfold in the near future, the story brings some pretty important topics up in discussion.

How can we better understand and treat depression and mental health disorders?

How can we better regulate and protect people from prescription drugs?

How many incredible and talented people die from suicide and how can we change that?

Depression and substance abuse are just symptoms of a deeper and more personal affliction, and to truly heal we have to face them all, not just one or the other, and the best way to do so is with effective dual diagnosis treatment options. If you or someone you love is struggling, please call toll-free 1-800-777-9588.