Is Medical Marijuana Causing Addiction in Our Kids? 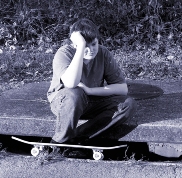 Colorado Attorney General John Suthers thinks so. He recently wrote a report outlining all the problems related to medical marijuana and how access to legal marijuana for anyone has led to an epidemic of marijuana abuse among teenagers and young adults.

In Colorado, medical marijuana has been legal for 11 years under the Amendment 20 to the Colorado Constitution. More specifically, it removed the ability of law enforcement to enforce state marijuana laws against those who had a doctor’s approval to use the drug. Since that time, medical marijuana has taken on a life of its own. In the beginning, there were about 1700 patients with a medical marijuana card and a few people who grew small amounts of the drug for medical usage. Now, there are tens of thousands of patients using marijuana medicinally and hundreds of large-scale grow operations and marijuana dispensaries.

The Problem with Teen Marijuana Abuse

The biggest problem identified by Suthers as an issue in Colorado after the legalization of marijuana is not the development of marijuana addiction among patients legally smoking the drug or an increase in accidents under the influence.

As Suthers states: “We know from decades of experience that adolescent use of marijuana is a function of two things: accessibility and acceptability. Marijuana has always been highly accessible to adolescents, but medical marijuana dispensaries on every street corner have taken that to a new level. The majority of teenagers in marijuana addiction treatment indicate that marijuana patients are their primary source of the drug.”

Statistics of Marijuana Abuse in Colorado

According to Suthers, the Colorado Department of Public Health and Environment reports that 38.5 percent of Coloradoans between the ages of 12 and 25 smoke marijuana. That is 10 percent higher than the national average. Why is it so high? Suthers believes that it is because marijuana is perceived as a medically safe drug smoked without repercussions by many in addition to the fact that it is everywhere. It’s not hard for teens to locate a medical marijuana patient and either have them buy them some marijuana or just take it from them. With easy access to the drug and no fear of consequences, teens are abusing the drug and losing out on their potential in life.

Is someone you care about letting their life pass them by due to abuse of medical marijuana? Whether you live in Colorado or anywhere in the United States, we can help here at The Orchid. Call now for more information about our program.