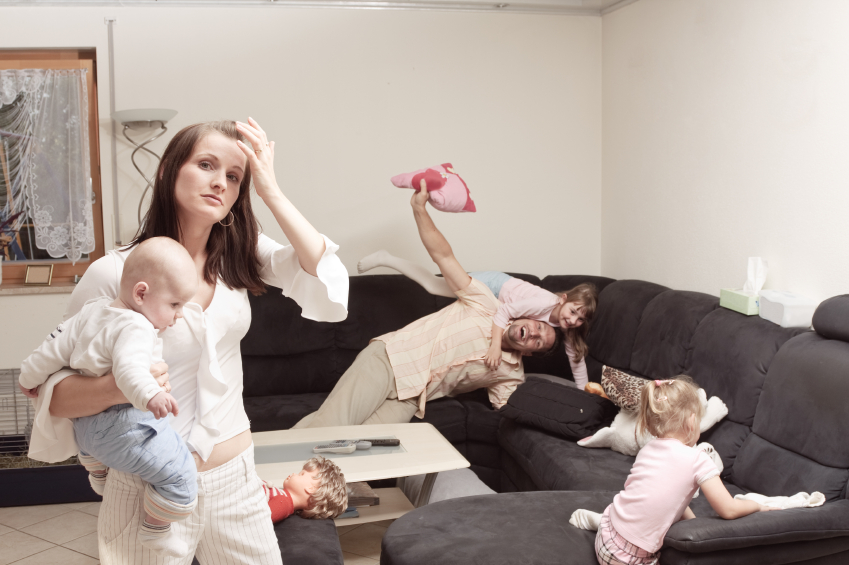 The life of a stay-at-home Mom can be exhausting and overwhelming. As a result, many moms are turning to alcohol to take off the edge.  A recent article delved into the stay-at-home drinking culture where moms often use wine as an reward for dealing with the daily tribulations of motherhood.

Drinking among stay-at-home moms has apparently become almost a culture within itself. Rather than warn against it, there are websites like “Moms Who Need Wine,” that heavily encourage this drinking behavior. As a result, women are drinking more than ever before and experts are worried at the potential risk of this excessive alcohol consumption.

Reports reveal that one in eight women binge drink at least three times a month. Binge drinking is defined as drinking more than six drinks on a single occasion, according to the Centers for Disease Control and Prevention. However, this drinking pattern is not limited to young singles, now more than a third of respondents admit to drinking or having friends who are mothers with drinking problems,

Even more concerning, a recent study revealed that those with children living at home are more likely to drink heavily and/or indulge in binge drinking  One study concludes that this increase in drinking is due to women’s pressure and desire to be super moms which can cause anxiety, stress and depression.

Drinking due to mother related stress is a harmful way to numb difficult emotions. However, it remains a socially acceptable and inexpensive way to unwind after a long stressful day. As we know with addiction, often careless habits can become full blown addictions. There are few warning signs or consequences of drinking in the privacy of your own home, making moms more susceptible to hiding their behavior and denying deeper issues.

Without the scare of DUI of public embarrassment, drinking in the home is a commonality among functioning alcoholics. At home, it is easier to justify the amount of alcohol you have consumed. One can drink slowly overtime and not realize how much alcohol they have consumed.

Some of the common reasons listed for drinking among stay-at-home moms include:

Overcoming these setbacks requires effort and admitting that you may have a problem. One motivator is to think about your children and the benefits and opportunities they will have if you are performing at your optimum. Also, one article mentioned how important it is for mothers to take a break to maintain some sanity. Hire a babysitter or utilize daycare once in a while to give yourself time to be social.

While no parent is perfect, stay-at-home moms who struggle with alcoholism can become a better person with the proper help. Getting on the road to recovery will not only benefit you, it will benefit your children. If you or someone you love is struggling with substance abuse or addiction, please call toll-free 1-800-777-9588.