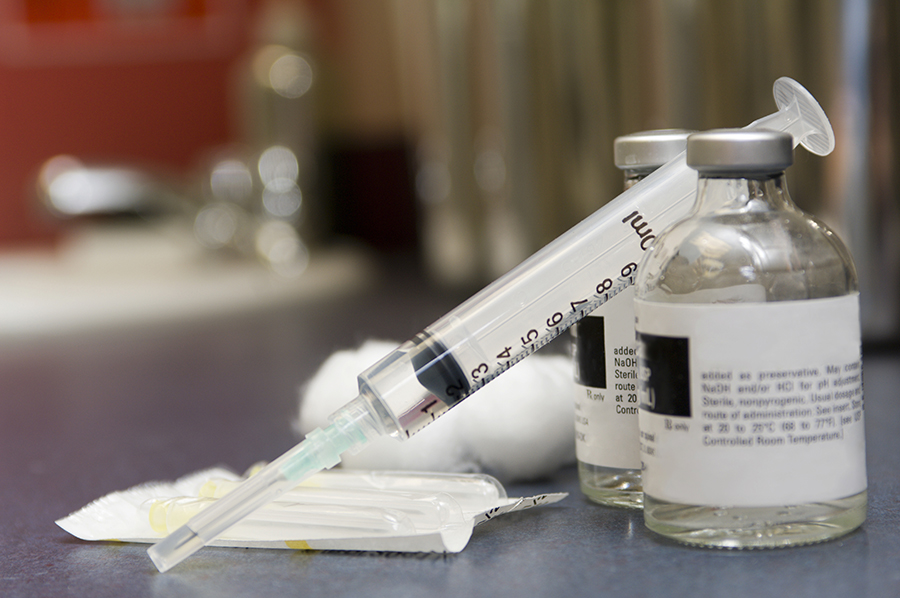 Drug addiction treatment that’s one-size-fits-all doesn’t help everyone who’s struggling. Obviously, there are some who fall outside the current standard of treatment for substance use disorders.

As it stands, standard treatments for heroin drug addiction include detoxification, abstinence programs, and methadone maintenance. However, there is a subgroup of people that do not benefit from these treatment approaches. For them, often dubbed “chronic relapsers,” these simply do not work.

One Canadian health expert, Martin T. Schechter believes that there’s a better way to treat this population. He asserts that opiate addicts who do not benefit from traditional heroin addiction treatments, should be able to be treated with…more heroin.

As doctors can provide no effective treatments for these patients, many will remain “outside the healthcare system” and there is “overwhelming” evidence that they will relapse into using illicit heroin and “suffer immeasurably” while costing society a “fortune,” explains Martin T Schechter, Professor, School of Population and Public Health, Faculty of Medicine, University of British Columbia, Vancouver, Canada.

The use of street heroin, as opposed to the controlled administration of diamorphine, the medical name for heroin, is dangerous because its potency due to purity cannot be easily known and dosing can vary, leading to risk of overdose, injury, and death.

And because heroin is illegal, users often engage in unsafe practices, like sharing needles and works, increasing the risk of life-threatening infections such as HIV and hepatitis C. Furthermore, the illegal status of heroin often leads users to resorting to crime and sex work.

For these reasons, many heroin addicts are frequent flyers in hospitals and prisons. Schechter adds that they can be “deeply affected by the illness of the addiction and its consequences.”

Schechter is a proponent of what’s being called heroin assisted treatment in cases where the person is particularly vulnerable to their opiate addiction. He asserts that this course of treatment has been shown to improve outcomes, reduce harm, lower societal cost, and actually save the healthcare system on spending, too.

To be clear, there is no such treatment being offered in Canada at the time of this writing. However, a small group of participants from a successful clinical trial are still being administered heroin as part of their treatment.

Schechter, who is supported by other research, notes six random and controlled trials which found that heroin assisted treatment was more effective than standard treatments, concluding that it can help to decrease illicit use, criminal activity, incarceration as well as possibly reduce heroin-related fatalities and increase treatment compliance.

And, when it comes to cost, a program of diamorphine treatment is actually cheaper, overall, than current conventional treatments. Although, Schechter explains, the initial cost of heroin assisted treatment is more expensive – four times that of traditional treatments – when accounting for all associated costs with current treatment approaches, heroin therapy is way cheaper than other interventions.

For example, a trial in the Netherlands showed that heroin assisted therapy made overall savings of around $14,100 per patient annually when compared to methadone maintenance, even after taking into account the direct cost of treatment.

Schechter’s own research has demonstrated that treating heroin addicts with heroin has better outcomes – and at a lower societal cost when compared to methadone maintenance. British researchers also found that heroin assisted therapy was more cost effective than oral methadone.

“Treatments like this represent the holy grail of medical research seeking to support a sustainable health system: they achieve better outcomes at lower overall cost,” he argues.

Of course, conventional addiction treatments should continue to be the first line of treatment in addressing a heroin addiction. However, for those who do not benefit from these approaches, diamorphine therapy should be an option. Schechter explains that patients of such programs would be treated by doctors at specialized clinics to ensure safety.

If you or someone you love is struggling with heroin addiction or any other substance abuse issue, it’s time to get help and put an end to the vicious cycle. Even if you have been to treatment before, you are NOT beyond help. Give us a call at toll-free 1-800-777-9588 today.