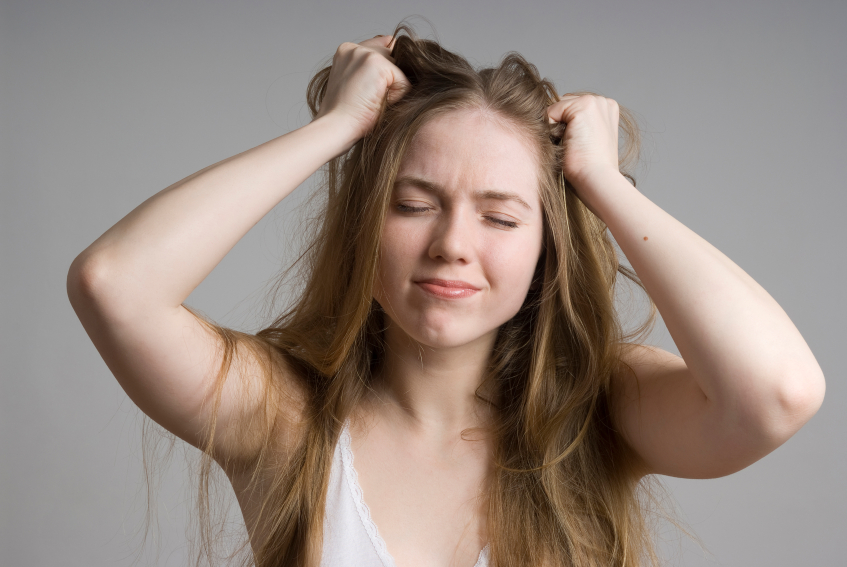 The disorder is three times more common than anorexia yet most people have never heard of it. Known as hair pulling disorder, Trichotillomania (pronounced: trik-oh-till-oh-MAY-nee-uh) is an impulse control disorder than involves strong urges to pull out one’s own hair.

And no, this isn’t just a bad habit; this is a psychological condition that doctors struggle to find a cure for. Most people develop the disorder during adolescent but trichotillomania can start in kids as young as 1 year old.

In the past, doctors believed trichotillomania was rare but now experts have grasped a better understanding of the condition and more people are starting to come forward seeking treatment. The disorder affects more females than males however it can affect anyone.

Missing eyebrows, bald spots, stubbly eyelashes; these are all visual symptoms of this stifling disorder.  Hair pulling often results in patchy bald spots which causes significant anxiety and can interfere with work or social life. People with trichotillomania usually go to great lengths to disguise their loss of hair.

For many trichotillomania may be mild and generally manageable however for others the compulsive urge to pull hair is overwhelming. There are some treatment options that have been effective to reduce their hair pulling or stop entirely.

Signs and Symptoms of Trichotillomania

Trichotillomania is currently categorized under Obsessive-Compulsive and Related Disorders however there is debate on how to best categorize trichotillomania and its related behavior. There usually are a variety of methods and reasons for pulling.

Why would someone pull their own hair or eyelashes out?

It might be hard to understand but trichotillomania is not just an ordinary habit that a person can stop. People with the condition have an overwhelming urge to pull their hair and may have other compulsive habits like nail biting or skin picking. Compulsive behaviors like trichotillomania involve brain chemistry and may be genetic.

Experts at MGH are connected to the Trichotillomania Learning Center (TLC), the only nonprofit organization in the country dedicated to supporting hair pullers. The learning center hosts conferences and events for hair pullers all over the country.

However treatment options remain minimal. There still are no FDA-approved drugs for trichotillomania and there have been only a total of nine medical studies for hair pulling. This is after a century has passed since the first diagnosed case of trichotillomania.

There are two major reasons for this neglect in psychiatry:

Unfortunately, at a 10 to 20 percent remission rate, a hair puller is likely to be a hair puller for life.  Now is the time for the condition to finally gain recognition.

This week, Oct. 1 to Oct. 7 is Body Focused Repetitive Behavior (BFRB) Week. The purpose of the week is to raise awareness about compulsive disorders such as Trichotillomania.

If you feel like you are suffering alone with this debilitating illness, learn about how you can find a support group of people who are going through the same disorder you are going through. If you or someone you love is struggling with substance abuse or addiction, please call toll-free 1-800-777-9588.