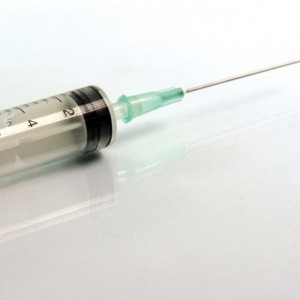 When Philicia Barbieri took part in a bank robbery in 2011, it was news that rocked the community and spread like wildfire across the country. The pretty young woman was a science teacher at a Pittsburgh Public School and seemed like the last person in the world who would commit such a crime – or be living with a heroin addiction, the issue that she says drove her behavior.

In a recent interview, she spoke out about her struggle with addiction because she wants to raise awareness that her situation is not as unique as many people think. Heroin addiction can strike anyone: “I think it can happen to anyone, and I think it can have negative consequences on anyone. Anybody can become addicted because addiction doesn’t discriminate. It doesn’t matter where you’ve been or where you’re from.”

It wasn’t long before her dependence upon prescription painkillers, which are opioid drugs, turned into heroin addiction. The mechanism of the two substances is the same, but heroin is far easier to get and much less expensive as well.

Once she began using heroin, however, Barbieri says her whole world changed: “It changes your brain, and it’s all you think about. All you think about is how you can get more. Nothing short of me dying or going to jail was going to stop what I was doing.”

While Barbieri was addicted to heroin and working as a science teacher, she stole more than $22,500 worth of computers from the school over a period of months. She said she also stole a television from a neighbor. It wasn’t until she and her then-boyfriend were arrested for robbing a bank that she finally had the motivation she needed to get treatment and get clean and sober.

Though Barbieri will never be able to teach again, she counts herself lucky. A life without heroin addiction is far better than any kind of life that is defined by drug dependence, in her book. Now, her goal is to help others avoid the same fate that befell her.

She says: “Anything that I can say that will help even one other person makes it worth it. Anything I can do to help one person not have to go through what I’ve been through.”

If someone you love is living with an active dependence on any illicit substance, treatment is the best way to avoid life changing arrest, medical problems, overdose, and more. Contact us at Orchid Recovery Center now to learn how we can help your loved one begin the healing process.