With five years of sobriety under her belt, the former Miss USA Tara Conner is now talking about the time she spent in drug rehab, according to PalmBeachPost.com. Six years ago, Conner was crowned Miss USA in 2006, but almost lost her title when her addiction became apparent. Donald Trump, the owner of the Miss USA pageant, told her she needed to get help – or she would lose her crown.

Says Conner about rehab: “I learned so much there. They gave me the tools to get out of 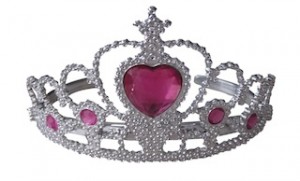 rehab and live my life and live it with dignity and grace. It’s been an amazing journey.”

Getting High – and Getting Well – in Front of Cameras

Conner’s trip to rehab was far from the public eye. Because it happened so soon after her crowning, her addiction and rehab experience were all over the media but, according to Conner, that was a good thing: “It was a huge public controversy, and it was the best thing that ever could have happened to me because it held me accountable. We all have an opportunity where we get a moment of clarity and we have an option to make a decision. That was mine.”

Conner began drinking at 14 but she says few people knew about it. She stayed in school, continued on the pageant circuit and eventually won the Miss USA title –- all while living with an active dependence upon alcohol. No matter what else happened in her life or what she managed to accomplish, she couldn’t escape her alcohol issues. Even now, she says that fighting off alcoholism is a daily struggle.

Said Conner: “The disease never goes away. You’re always an alcoholic or an addict. It definitely depends on your spiritual maintenance, taking care of yourself and doing something for your sobriety every day.”

Alcoholism Is a Family Problem

Conner doesn’t just talk about the effects of drug and alcohol dependence on the addict. Her focus in the talks she gives now is a bit larger; she says that addiction is a family disease. When she talks about her experience with drugs and alcohol, she hopes that it will encourage those living with the problem to get help but also, she hopes that family members of addicts will take heart and move toward a more healthy future for the entire family.

Conner says: “Everyone needs help when they’re dealing with an alcoholic. We’re just like tornadoes that come in and destroy everything.”

If you or someone you care about is living with alcoholism, getting the help necessary to heal can be the start of a brand new life. Contact us today for more information about our woman-centered alcohol and drug rehab program here at The Orchid.