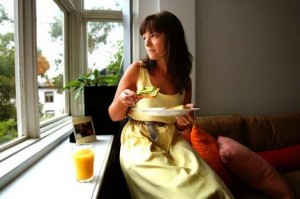 The American study is suggesting that some foods can be triggers for addiction as much as drugs and alcohol. This is why it’s so hard to fight the desire for so-called bad carbs like sugar.

In The Harvard study published in July of this year, researchers looked at food with a high glycemic index (GI) – that includes white bread, sugary cereals, potatoes or soda and beer.

After they drank their meals, the scientists noted differences: those who drank the high-glycemic milkshakes had an initial surge in blood sugar levels followed by a sharp crash just hours later. This effect left them feeling hungry again.

Moreover, MRI scans that took photos of brain activity revealed that the ingestion of the shakes even activated a critical region in the brain linked to addictive behaviors, also known as the reward center of the brain. The significance here is that, more than reward and craving, this part of the brain is also linked to substance abuse and dependence. In this way, it is clear that food can activate the brain, and therefore have similar effects on the brain, that drugs and other chemicals do.

The bottom line: Our thinking is overpowered in the reward center in our brains. It’s why people can recognize that they are making a poor choice yet do it anyway.

Food Addiction: Food as a Drug

Most of us have probably heard or even used the term “emotional eating,” referring to certain eating habits we turn to in the face of experiencing emotions and this could refer to both the highs and lows of being human. It is no accident that we crave specific foods for specific moods.

In research, cocaine has been linked to a surge of excess dopamine. Similarly, sugar has been found to produce these results as well. Even more convincing, a Canadian study published in May suggested that sugary syrups that are widely used in processed food and drinks cause the same feel-good changes to the brain as cocaine.

Food Addiction: What We Know

Stress or other challenging factors in life can test willpower and could lead us back to old habits, but some say that people can be taught how to stay away from their eating vices. However, since it’s still so new, research has been experimental and is slowly moving into clinical areas when it comes to what we really know and understand about food addiction.