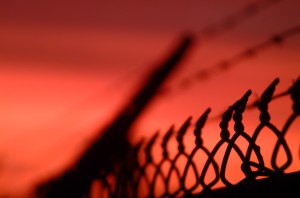 The state of Florida has a skyrocketing state prison budget, in part, due to loopholes in their mandatory sentencing laws that need to be closed so only individuals engaged in truly criminal acts are being locked up. In just 5 years, the number of inmates has risen 20 percent and nearly 10 percent of the whole state budget goes to fund the prison system.

This ever-increasing budget for correctional facilities is causing people to take notice and shed some light on many necessary reforms needed in the system. Mandatory sentencing is one area currently receiving a lot of attention. Florida has some of the most stringent mandatory sentencing laws in the country, especially for prescription drugs. The original intention of these laws, to put criminals behind bars, may be getting lost in the application.

One case in Florida that is a perfect example of the ineffective and potentially harmful process of mandatory sentencing is that of 43 year-old Todd Hannigan. Sadly, in a severe depression, Hannigan was looking to commit suicide. He stole 31of his mother’s prescription opiates, bought some beer and was starting to take the lethal combination at a local park when a police officer caught him. Since the pills, containing hydrocodone, in his possession weighed 22 grams he was automatically sentenced to 15 years in prison.

The amount of hydrocodone in all the pills actually totaled .23 grams with the rest of the weight being due to aspirin and fillers that form the pill, but he was imprisoned due to the state law anyhow. This illustrates just one of the many loopholes in the mandatory sentencing laws that need to be reformed for the mental health of our citizens. Rather than wasting away in a prison cell on taxpayer’s dime, Hannigan could have been sentenced to rehab and become a productive member of society.

The judge in Hannigan’s case admitted freely the sentence was completely inappropriate, but due to state law he was powerless to tailor his ruling to fit the situation. Reformers want more control given back to judges so they can analyze individual cases and do their job in providing fair sentencing.

Both Florida TaxWatch and Collins Center for Public Policy (CCPP) have targeted much needed changes to mandatory sentencing laws in their reports. CCPP has created “Smart Justice” with suggestions on how to fix Florida’s unjust and costly prison system.

What do you think of mandatory sentencing for drug offenses? Do you think, besides large drug traffickers, most drug offenses deserve prison time or mental health and addiction rehab?