Not everyone who uses drugs and alcohol becomes addicted.  Some people can get away with casual use with few consequences, and others ride the thin line between “some trouble” and “big trouble”.  How do you know if you are abusing drugs or truly addicted?

Drug and Alcohol Problems Depend on Control and Level of Problems 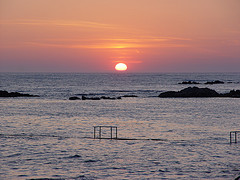 There are some key differences between drug and alcohol abuse and addiction.  They mostly define the level of consequences you suffer and how much time and energy you devote to your drug use.

Addiction is mainly about losing control of your use.  You have urges and cravings, you satisfy them at whatever cost.  You will give up money set aside for other reasons to stock up your “stash”.  Even if you have commitments with others, you will often dump them to use your drugs.  Or you might use heavily during and around your commitments (family gatherings, before work, before and after your kids’ activities).  You may think you are still “there” for your family, but you may be loaded or drunk when in their presence.

You also spend a great deal of time getting and using your drug of choice.  Overall, your daily functioning and mental state are impaired enough to begin causing many serious problems.  Your job may be in jeopardy, your marriage, finances, and other aspects of life.  Your general behavior and way of thinking is enough out-of-the-norm that it often causes others to do a lot of adjusting or drop you altogether.

Drug Abuse Is Bad But You Are Able to Cut Back

In the big picture, drug abuse is less serious than drug or alcohol addiction.  It’s serious enough that you are experiencing some real consequences.  You might have a DUI arrest, problems keeping up in school or work, or an unplanned sexual experience.  However, the depth of your problems and the general impact is not as broad as with an addiction.

You may not like to, but you would be able to cut back or stop your use if need be.  That MIP or DUI arrest may have shaken you up enough to really look at what path your are on with your drug and alcohol use.  Your boyfriend may have threatened to leave you if you get drunk and act mean one more time.  Now you make sure you only have two drinks during an evening because you want to marry him.

People are all created somewhat differently, and some abuse drugs without becoming addicted.  They may teeter on the border between abuse and addiction, but are able to change their lifestyle and pull themselves back successfully.  Others are not so fortunate.  They may have family, biological vulnerability, and other factors that make even occassional drug abuse a quick road to drug addiction.

Drug abuse is a red flag for troubling behavior – if you or someone you know is using drugs or alcohol and seeing consequences, don’t ignore it.  Tell them you care about what happens to them, help them make some changes to stay on a healthy track.  If it has gone too far and you believe you or a woman you care about has an addiction, don’t hesitate to contact the Orchid for specialized drug rehab for women.