It’s hard to fully explain just how dangerous cocaine is.  It does so much damage to a person’s life and body in so many different ways.  So today’s post will focus just on how cocaine use affects a woman’s sexual health.

The Connection Between Hormones and Health 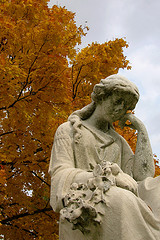 The endocrine system is responsible for sending various chemical messages throughout your body.  Adrenaline makes you jumpy and alert.  endorphins make you feel pleasure.  For women, reproductive hormones regulate the menstrual cycle and general functioning of the reproductive system.  Both the immediate effects of a cocaine hit and the long term effects of an addiction can disrupt the entire endocrine system.  This is at the root of menstrual cycle disruption and possible fertility problems.

With irregular periods, a woman who uses drugs heavily may believe she is unlikely to get pregnant.  This can cause her to put her guard down about using birth control, even condoms to protect against sexually transmitted diseases.   Keep in mind that a woman using drugs is not thinking much about future consequences and has impaired judgment.  If sex feels good or will help her get more drugs to prevent withdrawal, she is likely to take the risk.

So not only is a woman using cocaine at risk for an unexpected pregnancy and unpredictable cycles, she could also be at risk for sexually transmitted diseases.  This could lead to pelvic inflammatory disease, a dangerous ectopic pregnancy, irreversible tissue damage from scarring, and chronic pelvic pain.

A woman’s sexual health is closely tied in with her sense of personal identity and worth.   A woman with no addiction history can have a turbulent sense of identity when the body parts that define her as a woman are failing.  If these physical features make her a woman, what is she without them or when they don’t work properly?  Is she still really a woman, or is she less than that?  When she’s also allowing her body to be used and abused, her self worth is usually pretty shaky.  This plus an addiction mindset can put a woman in some real emotional pain.

Going to drug rehab means that a woman in this position can stop the damage to her body and to her identity.  If she needs medical treatment to treat a sexual health problem, some drug rehabs work closely with hospitals.  The drug rehab experience will help her start living a healthier less risky lifestyle.  She may still have a disease or physical disorder to deal with after becoming sober at drug rehab, but she’ll be much better equipped to manage it.  And she’ll learn how to be a courageous healthy woman.