Is Childhood Trauma Related to Relapse? 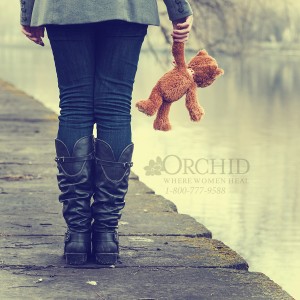 Many people in the field of treating addicts and alcoholics in recovery often attribute a lot of the issues with behavioral health and mental health to some unresolved trauma from the individuals past that plays a huge role in their addiction, and disorders like Post Traumatic Stress Disorder (PTSD) and Manic Depression are pretty common with addicts and alcoholics.

So does that play into the likelihood continued and lasting of recovery? According to a new study by researchers at the NYU School of Medicine and Yale University School of Medicine, a history of child abuse actually significantly raises the risk of a relapse for adult addicts in early recovery.

Previous similar studies have shown that a history of child abuse or child neglect increases the risk for substance abuse disorders in adulthood. So it has already been suggested and supported that trauma as a child plays a significant role in developing addiction for young people. These particular studies were focused on the risk of developing such disorders as opposed to the risk of relapse once treatment for a substance abuse disorder is begun.

The American Medical Association journal JAMA Psychiatry published a recent study which has highlighted the difficulty of treating adult addicts and alcoholics who struggle with a history of child abuse, and also suggests that throughout the course of treatment, they are more likely to regressive in behavior.

The researchers from the NYU School of Medicine and Yale University School of Medicine used magnetic resonance imaging (MRI) brain scans to examine the brains of 79 people in treatment for substance abuse and addiction. The study examined the changes in brain function that heighten the risks for relapse, and during which they specifically assessed whether individuals with a history of child abuse have increased chances of relapsing during a treatment program.

Some of the addicted subjects through the course of the study had a history of childhood abuse while others did not, to facilitate this variable in the relapse research. The researchers also made sure to include an additional 98 people unaffected by substance use disorder.In this population of the study some had histories of childhood abuse while others did not, to match with the group of addicted individuals. Then researchers inspected certain changes in the brain, which they had previously linked to an increased risk for relapse in those suffering from addiction.

After analyzing the results of MRI exams, the researchers wrote that the study exposed very clear indications of relapse-related changes in the normal brain function of participants with a history of childhood abuse throughout the course of treatment.

The researchers concluded that the risk of relapse is roughly the same for all addictive substances under consideration, so the increase is noticeable but so far not specific to any substance. According to this research is was also concluded that subjects with a history of childhood abuse often experienced predominantly severe relapses when compared to their counterparts.

Once the individual has enrolled into a drug and alcohol treatment program, a substantial number of the addicts with a history of child abuse relapse back into substance use. Through the study, the connection to relapse and a history of child abuse has now been firmly established. The report submits that thus the difficulty factor for treatment centers trying to achieve successful outcomes through the typically effective methods is increased exponentially.

The authors of the study note that almost 5 out of 10 people who experience neglect or abuse during childhood will eventually develop substance problems.

Because these findings are an indication that a history of child abuse and child neglect has the potential to decrease the effectiveness of  substance abuse treatment, drug and alcohol treatment facilities now have the opportunity to adjust and even improve the outcome considerably by taking abuse history into account when working with clients. Innovations in the way clients are given therapeutic treatment, along with other aspects of holistic healing, can have a huge effect on the impact treatment can have.

This study may at first seem to cast a shadow over those who have some level of childhood trauma that makes it seem like treatment for substance abuse or addiction will not be effective, but in reality what it means is a better understand of the importance of that specific style of care and counseling to help with relapse prevention. So instead of ushering in a darker time in treatment, it actually shreds some light on an important issue that can now be used to improve the quality of care.

Trauma resolution and learning new coping skills is a huge part of the recovery process, and considering the odds of relapse being increased by a history of of abuse, holistic healing is more important than ever. If you or someone you love is struggling with substance abuse or addiction, please call toll-free 1-800-777-9588