Celebrities and Everyday Women With Addiction

Celebrities and everyday women – how much would these women really have in common when it comes to drug addiction?  Drug addiction affects humans regardless of money or status.  But a woman’s environment has a lot to do with her problems as well.  Join me as I muse over this. 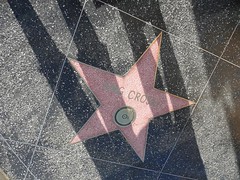 A famous woman is just as much a human being as the average everyday woman is.  The alcohol and drugs don’t care whether the paparazzi are sitting outside her house or if no one knows her name.  They will surge through her veins, causing highs and lows, liver damage and heart damage.

Emotional pain stems from the human brain, which all has the same parts in all women.  Each individual is different, but everyone is capable of being overwhelmed by deep emotional pain and low self worth in some way.  Clouded emotions and black-and-white thinking are dangerous for anyone for extended periods.  In these ways, all women who experience drug and alcohol addiction are very similar.

Here’s when the differences start to appear.  Some celebrities can be poo-pooed for their addictions and “rock bottoms”.  Their drunkenness and other drug-induced bad behavior becomes glamorized and publicly trashed all at once.  They become famous for their infamy of being in and out of drug rehab, being in mug shots, being in court.

Since they have money, fame, and all sorts of social leeway, it’s enough to make you think, “Geez, I mean how bad could it be – really?  They’re not homeless, they have people all around them to get them whatever they want, they still have fabulous clothes and cars, and they get more publicity by acting like an idiot and rushing off to drug rehab when things get boring.”

The social perception of celebrities is that of a cushy life, no worries, no “real” stress, and few boundaries.  It would seem this is paradise, and everyone else has to actually work hard and sweat it out every day to get by in life.  By the fact alone that they are celebrities, their addictions couldn’t really be devastating and life-altering.  Their trips to drug rehabs are mini-vacations.

Emotional Pain And Joy Can Come From Many Places

Let’s take a look at some of these elements and see if you’d want them in your life.  Lack of real privacy, people sucking up to you as “yes-men” (or women), people wanting to be near you just because of your fame and not your authentic self, over-exaggeration of the truth on a regular basis to the public, no one helping you to reconsider bad decisions just because you wanted something.

After a while, stuff is just stuff.  And money will give you more choices in life, but it will not buy you contentment with yourself.  A celebrity’s life can be very shallow and meaningless unless some personal beliefs and commitments keep them grounded to reality and health.  Just as a woman of very modest finances can have a joyful optimistic life, giving her the ability to weather each storm with a humble but hopeful attitude.