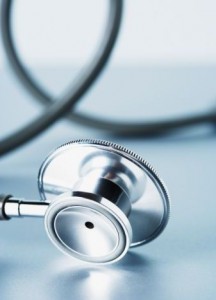 Only 2 percent of prescriptions for addictive painkillers are for methadone in the United States but more than 30 percent of the overdose deaths caused by prescription opiates are caused by the drug, according to the US Department of Health and Human Services.

Dr. Thomas Frieden is the director of the US Centers for Disease Control and Prevention. He says: “There have been about 4 million prescriptions for methadone each year, and about 5,000 Americans die from methadone overdoses each year.”

Why is methadone so dangerous? Unlike some other prescription painkillers, it builds up in the body over time and can alter either the breathing rate or the heart rate – or both.

Why are People Prescribed Methadone?

Though opiate medications are often prescribed to treat pain and methadone would work for this issue as well, most methadone prescriptions are given to those who are addicted to heroin and using the drug to stop using heroin immediately and taper their opiate usage at a more controlled rate. Given in liquid form, patients can cut their dose by as little as 1mg a week and slowly get to the point of being completely drug free without the risks associated with using street drugs like heroin. It’s been the preferred method of heroin detox since the 1960s, but in the last few years, some doctors have been handing out prescriptions for the medication for those who need pain management – but in pill form. It’s cheaper than brand name versions of other drugs and is a strong painkiller, but unfortunately, it can mean overdose if not used correctly or combined with the wrong substance or medical condition.

The US Department of Health and Human Services says:

Get Help for Methadone Addiction

No matter the reason you are taking methadone, if you have a dependence upon it and/ or you are abusing the drug, don’t wait to seek treatment to stop using it – and all substances – completely. Every day you maintain a methadone addiction, you take serious risks with your health and diminish your quality of life. Call now to learn more about our addiction treatment programs for women here at The Orchid.