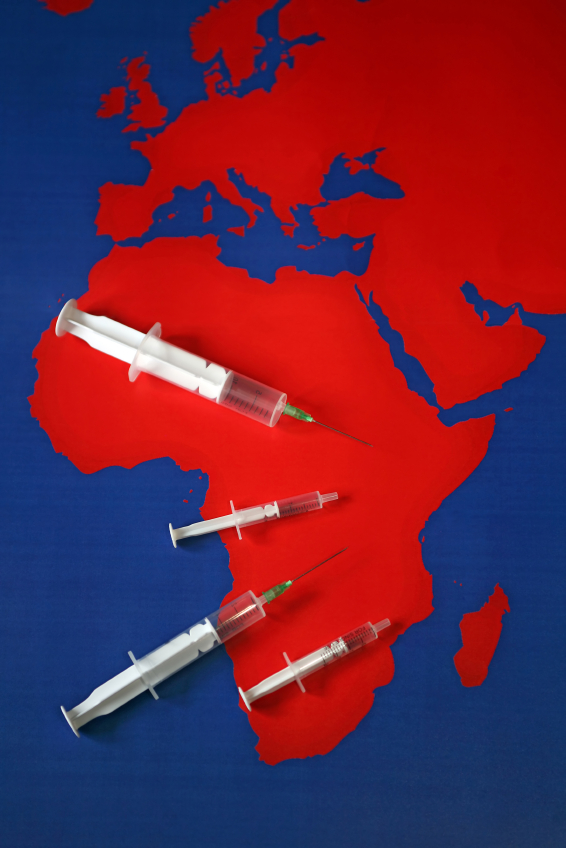 Abstinence-only sex education continues to fail, yet the United States has funded billions of dollars to promote abstinence in Africa with the intention to stop the spread of HIV. Now, data is revealing that the efforts failed to prevent the spread fo HIV in Africa.

In 2003, President George W. Bush passed the President’s Emergency Plan for AIDS Relief  (PEPFAR) program. The government spent over $1.4 billion for fund programs promoting abstinence and faithfulness in Africa. The programs we anything from sex education classes, billboards and public service announcements.

Abstinence-only sex education failed to make a huge impact when it came to lowering the risk for HIV. However, HIV testing, medication and health care training proved to be successful.  According to the new study, the abstinence-only program failed to make a noticeable impact on the continent. The team from Stanford University analyzed half a million surveys completed by people from 22 African countries.

The surveys asked questions about sexual behavior. Fourteen of the countries received PEPFAR funding for faith-based abstinence-only programs while the remaining eight did not.

When the team compared the two areas, they found   “no evidence to suggest that PEPFAR funding was associated with population-level reductions” in high-risk sexual behavior.  Therefore, these programs made little difference in decreasing the number of sex partners, age at first intercourse, and teen pregnancies.

Since 2008, funding for the PEPFAR abstinence programs has declined. Via the website, the original mission of the program was laid out.

Each year, tens of millions of dollars are being spent on these programs to upheld those goals. In 2013, the government spent an upwards of $40 million on them.

There is more evidence proving that abstinence-only does not work than there is evidence showing it is effective, Still, PEPFAR usually sees as a success. According to a 2015 report, it was able to provide services to millions of Africans such as HIV testing, dispensing and lifesaving HIV drugs, along with training.

As much as these programs make people stop and think, often that is not enough. Sexual behavior is rooted deep into a societies culture, so the way these prevention strategies are approached is crucial. Bendavid, who is a doctor of infectious disease elaborated:

“I think the decisions about sexual behavior and preferences are much deeper,” he told NPR. “They’re much more deeply rooted.”

In the United States, similar programs have been implemented to reduce pregnancies and stop the spread of sexually transmitted diseases. However, the same results occur. The rates of pregnancies and STDS were not affected and were even hindered by abstinence-only programs. It was shown that programs that implemented both abstinence and prevention strategies were the most effect.

There needs to be a universal solution to HIV prevention that is not limited to abstinence-only programs. There are so many complex reasons behind why these diseases are transmitted. The reality is that this is a serious problem and there needs to be an effective solution to this problem. If you or someone you love is struggling with substance abuse or addiction, please call toll-free 1-800-777-9588..