Aquaholism: Can You Really Be ‘Addicted’ to Water? 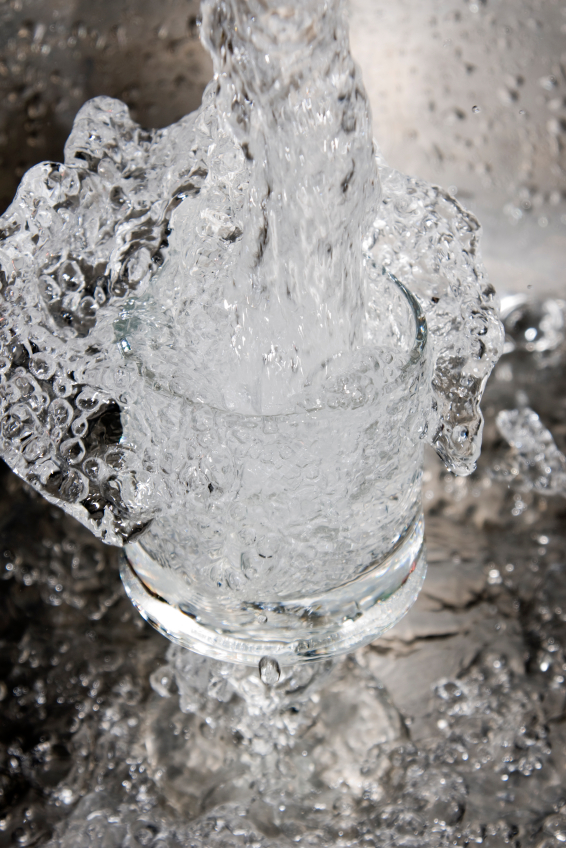 We have all been told how beneficial drinking water can be for our health, but apparently they are people taking that advice to a whole new level. A recent article explored the concept of water addiction. Now, most will be skeptical that such an addiction really exists. Is it really possible to be addicted to water?

There are actually several reports of people who suffer from “water addiction.” One report mentioned Sarah Kennedy who reportedly drunk an excessively high amount of water each day. The condition was called psychogenic polydipsia which is defined as “an uncommon clinical disorder characterized by excessive water-drinking in the absence of a physiologic stimulus to drink.” People who suffer from this condition are typically mental patients on phenothiazine antipsychotic medications.

Surprising, Kennedy suffered from few negative symptoms from her high water consumptions. She was found to drink up to 25 liters of water a day exceeding the USDA recommendation of 2.7 liters.  She did not suffer from hyponatremia which is a condition where cells swell due to too much water in the blood. What was negatively affected was her lifestyle. Due to her water addiction, Kennedy had to go to the bathroom up to 40 times a day and only got about an hour of sleep a night before having to wake up to drink water or use the restroom. She carried water everywhere she went and quit her job because the “water quality wasn’t up to par.”

In another case mentioned by UK’s Daily mail, a 22-year old proclaimed “aquaholic,” Sara Schapira, drank up to seven liters of water each day and spent incredible amounts of time on the toilet. Schapira said in the article:

“My argument has always been that water is good for you and helps you to detox. We’ve all been told about the benefits of water, so I drink lots and lots of it, from the minute I wake up to the minute I go to bed. If I don’t have my bottle of water I feel paranoid. And if I try not to drink for an hour, I start to feel dehydrated and I get throbbing headaches. But it has got to the stage where I don’t know how to give it up. It used to make me feel really good and healthy but not anymore. I know I ought to cut down but I’m not sure how I can.”

Clearly, there are some addictive qualities to this water drinking behavior. There is actually a name for this condition. Polydipsia is a term that means drinking more than three liters of water a day.  Polydipsia often goes hand-in-hand with hyponatremia which is when there is a very low sodium concentration in the blood. Overtime, excessive water drinkers can slip into a coma. The low levels of sodium in the body can cause the brain to swell up which constricts the blood supply to the brain when the brain compresses against the skull’s inner surface.

Headaches and dizziness are common symptoms of excessive water consumption. In the case of 26-year-old Rachel Bennett, her 7 liters a day water consumption led to very negative side effects.  She explained how much her water addiction affected her life both physical and financially:

“My friends used to tease me about the amount I drank, but I dismissed their fears because I always thought it was so good for me. It got to the stage where I felt I couldn’t function without it. If I woke without a bottle of water by my bed, I would feel really paranoid. I couldn’t drink tap water – that tasted awful – instead I drank Evian by the gallon. It’s expensive, too – I could spend over £30 a week on water – but I had got to the stage where I got a huge buzz from drinking so much.”

A paper published in Current Psychiatric reports written by Dr. Brain Dundas notes that overtime extreme and excessive water consumption can lead to

Although there was a plethora of information on the side effects of excessive water consumption, little is actually out there regarding water dependence. Many patients describe a euphoric quality associated with high water consumption while other report irritability. As far as treatment options, those who suffer from psychogenic polydipsia require treatment that assesses their safety and potential for self-injury.

A case study from 1973’s issue of the British Journal of Addiction on ‘water dependence’ reported that excessive drinking of water can dilute electrolytes in the brain and cause intoxication.  The article argued that is indeed possible for someone to become addictive to water and there is no real different compared to any other drug except with water, the amount needed to have a negative effect on the body is so excessive that is very uncommon.

In conclusion, although very uncommon, it seems as though it is indeed possible to have water dependence and the side effects of the addiction are real. Addiction is both physical and psychological dependence and if you find that your addictive behavior is out of control, you need to seek help immediately.