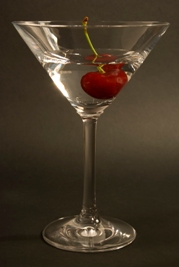 According to research that will appear in the journal Alcoholism: Clinical & Experimental Research later this year, the boardroom is not the only place women are catching up to men. Unfortunately, for women in the US, the amount and frequency they are consuming alcohol is on the rise and therefore the number of women developing alcoholism is increasing as well.

The research conducted by Columbia University analyzed 31 previously conducted studies for how age and gender affect an individual’s alcohol consumption. They discovered that women are gaining on men in respect to amount of alcohol ingested, while both genders, if born after World War II, have an increased likelihood of binge and problem drinking.

The National Institute on Alcohol Abuse and Alcoholism defines binge drinking as a blood alcohol level above .08. The guidelines for binge drinking are slightly different for men and women because their physiology is slightly different. Over a two-hour period, men may reach the .08 limit with five drinks while women may do so with only four drinks.

Why Have Women’s Attitudes Towards Drinking Changed?

After World War II, women’s role in society completely changed. They joined the workforce is mass numbers and started to experience the stress of trying to balance motherhood and a career. The women’s liberation movement in the 60s and 70s pushed even more women out of the kitchen and into the office.

Many women may have started using alcohol to cope with the stress of trying to be everything to everybody because it is, for the most part, socially acceptable. Most people will have drinks at dinner when out with friends, so if they had a private problem with alcohol it would be fairly easy to mask in public.

Women’s different attitudes towards drinking is apparent in pop culture. To experience this shift in mind-set all you have to do is turn on the TV. For example, Hoda and Kathy Lee on the fourth hour of the Today Show have alcohol every day of the week at 10am. Most people used to be embarrassed imbibing before 5pm and these ladies are drinking before lunch every single day. Then there is Chelsea Handler with her bestseller, Are you there, Vodka? Its me, Chelsea, who does not mince words about her alcohol habits.

What Can Be Done About the Increase In Problem Drinking Among Women?

Katherine Keyes, PhD, one of the researchers, believes this is proof we need more public health education and prevention efforts. One especially vulnerable time is during college when the binge drinking habit is often developed.

If alcoholism is not prevented, the next option is treatment and rehabilitation. If someone you know has an unhealthy relationship with alcohol we can help. Contact us right away and we can help you find the best treatment programs to meet your specific needs.