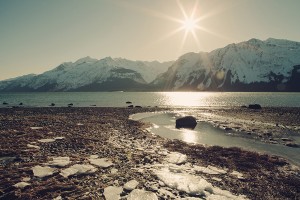 Well one more state has officially joined the growing number of states legalizing marijuana in support of pot policy reforms, and they have been one to go beyond medicinal use and allow for recreational consumption of marijuana. It may not be a huge vacation location, but Alaska does now have one more tourist attraction.

I know a lot of you “recreational marijuana enthusiast’s” are probably sitting there like, “wow… Alaska’s a state?” Yes, and they are now a pro-green state along with Washington and Colorado.

You may remember back during the November midterms a lot of states had officials publicly pushing for pot policy reform, and of those states the ballot measure to legalize pot in Alaska was overwhelmingly approved by Alaskan voters. Now residents gear up as the new law officially went into effect this past Tuesday.

But it’s not been handled with an irresponsible tone thus far. Marijuana legalization supporters are actively encouraging quiet celebrations of the new law becoming a reality, while pro-pot state organizations have also announced plans for advertising campaigns that will recommend safe consumption, so Alaska will probably be seeing some ‘Smoke Responsibly’ style ads here soon.

KTVA reporter Charlo Greene is one infamous and high-profile advocate in the Alaska area who has openly pushed for the reform of pot policies. You may actually remember her as the woman who notoriously quit her job on the air so that she could maintain her ownership of the Alaska Cannabis Club, and she did it in a way that shocked viewers and got a rousing response out of advocates all over the country. During a segment on the air, Greene made a bold declaration that she,

“will be dedicating all of my energy toward fighting for freedom and fairness, which begins with legalizing marijuana here in Alaska…and as for this job…not that I have a choice, but f*** it, I quit.”

Charlo Greene became somewhat of a marijuana freedom fighter and one face of the reform for her statements, and she was very strong in her resolve to rally for change. The very next day after her initial announcement to resign from her reporter duties, she posted a video on YouTube where she did not pull a single punch, and issued no apology on her decision to exit, stating,

“There comes a time in each and every one of our lives when we must choose to continue to spectate, or stand up for what’s right.”

Specifics of the New Law

Under the new law there are some unique stipulations, including:

While many were excited about the news, the ban on publicly using marijuana did lead marijuana organizers to cancel a celebration party in downtown Anchorage that undoubtedly was set to include a lot of pot.

So with the current legislation, there is no pot shops allowed. Now even though the sale of marijuana is being banned, the State regulators are currently drafting those rules now, which are going to be designed to cover the sale and taxation of marijuana in a soon to be budding industry (see what I did there). This strategy for the marijuana marketplace in Alaska must be adopted by November 24th of this year, and then Alaska will begin accepting applications for business licenses in February 2016 for pot shops in the area.

Officials in Alaska have stated that Alaska’s alcohol regulatory board will be holding an assembly this week addressing the sale of pot and other weak points in the legislation to better regulate and specify what will and will not be acceptable so that local pot shops can officially begin to open sometime later next year.

While all those who support the cause are surely breathing a sigh of relief, there are still many who fear that these changes may gradually contribute to a more serious drug problem, and some fear this will lead to an outbreak of addiction. Only time will tell, but for now the reefer revolution is getting some serious attention.

While marijuana is becoming more popular and widely accepted for its medicinal uses, it is still a drug with the ability to influence indiviuals in situations that could do real damage to their lives. And any drug addict should know a drug is a drug, and even this one isn’t worth the risk. If you or someone you love is struggling with substance abuse or addiction, please call toll-free 1-800-9561