Human beings are individuals and also part of a larger society. Whether we like it or not, society often dictates and reflects the personal problems individuals go through. This is no different for women needing drug treatment and alcohol rehab. 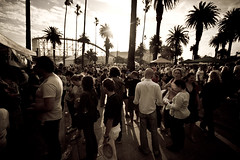 Drug addiction and alcoholism makes everything harder to do. Mothers who become addicted are much more likely to put their children at risk. They cannot give adequate supervision, they might lose track of time and skip meals, they may have dangerous people around their children, drive drunk with their children, etc. Impatience, a short temper, and intoxication can lead to both physical abuse, emotional abuse, and neglect.

Probably the worst part of the whole problem is that it often takes a lot of problems to build up before something gets done. Addiction sometimes doesn’t get turned around in the early stages. Often, it reaches a dangerous level with multiple problems before law enforcement gets involved. Perhaps family and friends have tried everything and are glad for the intervention. Perhaps no one has tried to help because they don’t know what to do. Maybe the mother has found ways to camouflage the problems for years.

Drug and alcohol treatment can take time. Mothers (and fathers) intent on reuniting with their children may have to prove themselves. They often need to be stable and sober for a while before they regain custody or even consistent visitation. Even in the most workable situations, this process can be challenging and stressful for everyone involved.

Increased arrests for drug and alcohol related offenses have helped increase the number of women entering the criminal justice system. With this increase, there is an undeniable trickle down effect for their families. Women in jail and prison mean children without available mothers. Also, the availability of drug treatment for incarcerated women is limited at best.

In general, time spent in prison or jail seems to do very little to help a person become a productive member of society. More than anything, it reinforces a prison mentality and a “look out for number one” outlook. So when all these drug addicted women are released from jail or prison with little or no drug treatment, what’s to stop them from re-offending and going right back? In many places, not much. This is certainly an area of the drug rehab and treatment industry that could use much more growth.

I’ve said this once, and I’ll say it again. There is an extra stigma for women with addiction, a sort of double standard. This is much like the double standard that women are over-sexualized, then punished for being too sexual. You can’t win for losing.

Women are supposed to let loose and party on. When a man becomes alcoholic from too much of this, it’s more easily overlooked and excused. However, a woman with alcoholism is seen as a shameful social outcast. Getting started with alcohol and drug treatment is hard enough as it is. Feeling like you are in the social gutter makes it even tougher.

There is so much room for the field of drug treatment and drug rehab to grow. And much of it can help problems unique to women. Let’s hope we see more of that coming in the near future.