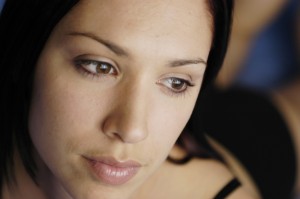 “A study of 200 sex workers documented a high prevalence of alcohol and drug abuse in their family of origin, during the drift into sex working and as part of sex working. Additionally, the study documented a high prevalence of substance abuse among the child molesters and rapists of the subjects. It is not clear whether substance abuse is one of the factors that pushed these women into being sex workers (as noted earlier, 55% of the subjects reported being addicted prior to their prostitution involvement) or whether it was sex working that caused their drug involvement (30% became addicted following and 15% concurrently with their sex working involvement).” From ncbi.nlm.nih.gov

While the primary causes of male sexual addiction is mostly based on early emotional neglect, covert parental incest and early attachment deficits, female sex addicts report much greater incidences of profound and overt childhood abuse, physical neglect and trauma (often sexual) which leads to sex addiction and intimacy issues in later life. Some of these women unconsciously live out their early abuse by becoming sex workers, otherwise known as, prostitutes, strippers, involved in porn, sensual massage etc. These women are attempting to give themselves a sense of ‘control’ over out of control experiences. As their adult lives are dominated by exchanging sex for money and the feelings of control and power that sexual behavior offers them, these women have little access to outside support or role models toward change and self-examination.

Unfortunately addiction can lead to sex working or in other words prostitution, hooking, stripping etc. Some sex workers use drugs to numb themselves in order to continue working. Others turn to sex working as a last resort to score drug money for an ongoing drug addiction. And others, are often are illegally trafficked or forced into sex working and are force fed drugs to lower their resistance to the distasteful work. Whether it’s a high end call girl or those working at truck stops on the street, the pain associated with sex workers and illegal nature of the business makes it a breeding ground for illegal drugs and addiction. The addictions that are born out of the prostitution industry only compound a problem that is already at epidemic levels in the United Sates: addiction.

At the street level pimps often use drugs to exert control over sex workers otherwise known as prostitutes. Many pimps are also drug dealers and may initially attract and lure girls with free drugs and an apparent “high roller” lifestyle. Often the girls are simply invited to the party. The pimp has every intention of getting the girls addicted to drugs and targets girls who are at increased risk for addiction. This includes girls with financial or emotional problems, runaways and girls from dysfunctional families, and girls who are already addicted to drugs. Once a girl is addicted, she is likely to show up looking for drugs and will be willing to do whatever it takes to get them. At this point the pimp will inform the girl that he can’t keep financing a free ride, and the time has come for her to start pulling her weight. In her addicted state she is experiencing overwhelming cravings for the drug and will do what she has to do to satisfy them. She has impaired judgment and is susceptible to control by a domineering personality. Drug addiction helps pimps keep sex workers virtually enslaved.

If you or someone you love needs treatment for sexual trauma and addiction, please call toll free 1-888-672-4435.