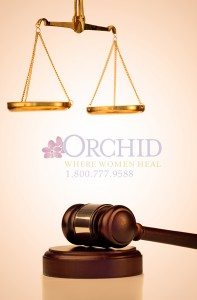 The American Civil Liberties Union of Massachusetts has filed a lawsuit aiming to end the state’s policy of committing drug- and alcohol-addicted women to a Framingham correctional facility. The Massachusetts ACLU intends to argue that innocent women are being treated worse than prisoners in the community correctional facilities. The state of Massachusetts has been contending with what many have considered an opioid addiction epidemic, and it’s said that while lawmakers have increased funding for treatment, state law continues to provide for addicts to be sent to jail if there is no room at treatment centers.

According to the statute that allows for this kind of policy, commonly referred to as Section 35, authorities and family members can petition a district court to commit individuals to incarceration whose drug or alcohol use is a danger to themselves or others. The typical response is that the person in question be sent to treatment facilities in Brockton and New Bedford. However if there is no room for the person suffering there, they are housed at correctional facilities in Bridgewater and Framingham, depending on their gender.

The ACLU wants the federal court to block the state from treating the women at MCI Framingham. Jessie Rossman, ACLU staff attorney has spoken to local news officials in regards to the ACLU’s stance on the issue,

“As Gov. Deval Patrick has acknowledged, we are actually the only state that incarcerates people who are suffering from addiction to drugs and alcohol who haven’t been convicted of a crime. And imprisoning people because they have a disease is wrong, and it’s also unconstitutional.”

Jessie Rossman included that according to Department of Correction numbers hundreds of women have been civilly committed over the past three years. While she did acknowledge that the period of time of the commitment varies on a case by case basis, it can still last up to 90 days and is about two weeks on average.

The Conditions of Incarceration

Jessie Rossman stated that the lawsuit is primarily aimed at helping the women who are directly affected by this policy. She also said that women who are civilly committed and wind up housed with detainees awaiting trial in Framingham are frequently traumatized by the experience, which she said is counterproductive to the process of recovering from addiction. The plaintiff in the lawsuit has been given the pseudonym ‘Jane Doe’, and Jessie Rossman claims the ACLU is seeking to make this lawsuit into a class action case, which would bar the state from ever imprisoning someone solely based on having an issue with substance abuse. Sources declined to offer any specific details about the experience of ‘Jane Doe’ to the media, but included that it was similar to many stories of women sent to the Framingham jail strictly for substance abuse problems.

“They are treated like prisoners. They are sent to the medical unit for detox — what DOC calls detox, which essentially is just you being given a bucket. And they can get over-the-counter drugs like Tylenol and Tums,” said Rossman, who said that the usual medications that would be provided at a treatment facility or rehab center to assist with proper medical detox from physical withdrawal are not available to the women locked up. Women in recovery do need to be able to receive specific support and constructive therapy for treatment to be effective.

Following the less than effective detox in the medical unit all civilly committed women are sent to “The Mod”, which is a large room full of bunk beds where inmates awaiting trial are imprisoned. The civilly committed women are required to stay in the Mod “upwards of 20 hours a day” and do not have some of the freedom afforded the inmates, including access to the library. Rossman states they do not have access to the chapel, to any of the treatments, or even the drug programming treatment. Six days a week, the women are granted only a few hours to spend in “the kennel” which is described as “essentially an empty gravel pit” surrounded by a tarp-covered chain-link fence.

In many ways the policy is considerably ineffective based on this information. Women struggling with addiction may not have a fair chance for recovery if their experience with detoxing from physical dependence and with early recovery is associated with conditions that are often worse than those the prisoners live in. Even though it is understandable that there is not always room for these individuals in the treatment facilities, is it right to condemn them to the same punishments and restrictions are someone who has been arrested for perhaps violent crimes or other forms of criminal misconduct? Or is taking someone into custody for developing a drug problem taking it too far?