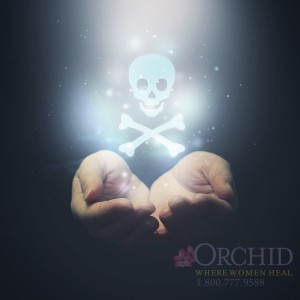 Appearances are everything and that kind of mentality has a lot to do with how we think and act; there’s a lot of “shoulds” and “shouldn’ts” we let swim around in our heads. And because of that, we have developed some not-so-healthy habits. Some of these things are so common that people often take them for granted but, when you stop to think about it, they really aren’t serving you or others in being a good person and having healthy, loving relationships. Here are 9 toxic habits most people think are normal.

Don’t get me wrong, there is no “perfect relationship” and arguments do happen and can even be productive. However, if there’s an underbelly of snide remarks or if you two resort to “hitting below the belt” this is indeed a toxic habit.

The ‘Inner Critic’: everyone’s got one, even highly successful people. But constantly listening to your negative thoughts, such as “I can’t,” “I’m not good enough,” “I don’t deserve it,” is highly toxic. It’s one thing to be realistic, another to be pessimistic.

There are a lot of people out there whose default form of comedic relief is sarcasm. But did you know that that’s one of the top signs of passive aggression? And that’s significant because being passive aggressive is highly toxic to your own inner spirit, let alone those around you. Sarcasm and passive aggression aren’t a good look on anybody and, in fact, they say that sarcasm is the easiest and least intelligent form of humor. Just sayin.

Instead of communicating like healthy adults do, you drop hints about your wants and needs and expect others to be mind-readers. This, too, is a form of passive aggression. And if it’s about something that’s upsetting you, this is the worst way to handle it. Come on out and say it; have a calm, adult conversation. That’s what healthy people do. Finding small and petty ways to piss off others as a form of revenge for their unwitting infraction is completely immature and really just the worst.

#5. Blaming others for your own emotions

You’re having a bad day and you expect your best friend and/or partner to give you some extra TLC. The problem is, you don’t communicate this – you simply expect it. When they fail to read your mind, you become angry and maybe even feel hurt.

Blaming others for our emotions is actually an example of selfishness as well as a sign of poorly established personal boundaries. This is likely to lead to codependency in the relationship. And what that looks like is this: they aren’t allowed to plan activities without checking with you first, all activities at home — from reading a book or watching TV — must be negotiated and compromised. And with codependency comes resentment.

Another one of the toxic habits most people think are normal is keeping a mental record of the times someone has made a mistake or let you down. Maybe a good friend couldn’t make it to your birthday dinner last week. Of course it hurt a little but, now she owes you, big time. Even though she might have had a legit reason and even though you might have talked about it, you’ve forgiven but you’ve not forgotten. Which is an oxymoron because forgiving means that it’s in the past and over with. However, keeping a scorecard means that you don’t miss an opportunity to throw it in her face any time you deem fit.

This one is sort of like having unrealistic expectations of others. It’s also about defining people in certain, specific ways and thusly, not leaving room for them to be anything else but that thing. One way this manifests is that you feel resentful when others change or grow or do something you think is out of character for them. It’s really unfair to do this to your loved ones. Imagine how it would make you feel if those closest to you kept you in a confined cage (figuratively speaking) that didn’t allow for you to grow through experience.

Always being self-deprecating, so as to seem humble or modest is yet a common habit of people that is actually rather unhealthy. It’s OK to acknowledge yourself for the efforts you put into your accomplishments and victories. And it’s also OK to take (and believe) a compliment once in a while. Constantly telling yourself and others that you “had nothing to do with it” when you accomplish something is overly humble, bordering on obnoxious. Remember: “You are responsible for the action, not the outcome.”

You’re happy to help out a friend or family member with a favor but you always have an unspoken expectation that they now owe you something in return and that which you can come to collect at any time in the future.

Substance abuse and addiction can certainly muddle the waters. It can be difficult to perceive things as they actually are because alcohol and other drugs have such a profound effect on brain chemistry and function – so much so – that they can cause behaviors that mimic mental illness. Also, substance use and abuse negatively affects relationships, causing unnecessary drama and fighting. If you are struggling with substance abuse or you suspect that a loved one is abusing substances or experiencing addiction, call The Orchid Recovery Center toll-free at 1-800-777-9588 today. We have Addictions Specialists available around the clock!